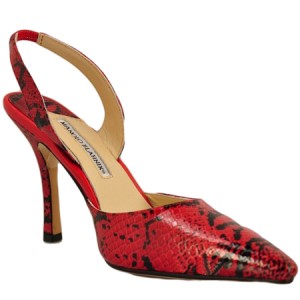 Guest blogger Judi Lembke is filling in today, to discuss how what you once enjoyed in popular culture before infidelity, may now revolt you.

Sux in the City

Here’s a show that I once liked (and possibly loved) but these days I view it with a slightly jaundiced eye.

I, like most other women of a certain age, used to wait with breathless anticipation for each week’s episode of Sex and the City.  Would Carrie get Big? Would Big realise just how fabulous Carrie was?  Would Samantha, who was strangely the most genuine of the quartet?, find the man who could tame her?  And of course, there were the shoes and clothes to make it fun for us ladies, as well as the gays who wrote and watched the show.

Now, I look back and I think what a bunch of co-dependent narcissistic crapola, and feel slightly ashamed for ever loving it (but grateful that I never got around to buying the boxed set).

I mean, let’s just take a look at the first season: Carrie meets a guy who’s obviously a player, but he’s intrigued by her horse face and sassy ways. So he sort of half-heartedly pursues her and throws her a few crumbs and she immediately thinks she’s special and possibly The One.

Next thing you know she slips on the naked dress, they’re sleeping together and the sex is hot so she figures her Magical Vagina of Awesomeness is going to keep him on the straight and narrow. It doesn’t, as she soon runs into him with another date and is stunned, STUNNED I tell ya, that her Magical Vagina of Awesomeness didn’t inspire him to keep his dick tucked into his trousers, instead of wandering the New York metroplex in search of new snatch.

And so the show goes on, season after season, with Big sleeping around, them breaking up, Carrie sleeping around and finally, Big getting excited enough about a young lady in her mid-20s who ticks the proverbial boxes and he eventually marries her.

Carrie is heartbroken about this, even vomits on the beach, but before long Big slinks back into the picture and manages to convince her that her Magical Vagina of Awesomeness is so unbelievably awesome that he would be willing to take her on as his sidepiece.  She demurs for about 3.2 seconds but is oh-so-fucking grateful for the downgrade that she betrays her boyfriend/fiancé to secretly hook up with Big.

And hey, while Adain might have been a decent bloke with good intentions who treated her the way we’d all like to be treated: with dignity, respect and compassion, his awe-shucks ma’am routine irritated the fuck out of me. And his dog, Pete? Don’t get me started.

The point here, before I veer off on a rant about men and their furry best friends, is that she had this pretty great guy who was kind and sweet and who loved her and whom she presumably loved and had agreed to marry – but she also couldn’t get over the fact that this asshole with an enormous sense of entitlement thought her vagina was so bloody magical that he just couldn’t stay away.  Even after he got married.  Essentially it was all about ego for both of them: she had her Magical Vagina of Awesomeness and he had his Amazing Wand of Love and really, who had the right to keep the genitalia of these two apart?  Because it sure as hell wasn’t an intellectual connection or shared interests. They didn’t fit into each other’s worlds and they appeared to have little in common other than, perhaps, love of the good life.

So maybe Carrie, like a lot of cheaters, felt like she won, in some strange way, and that’s what drove her.  Big, on the other hand, had the gorgeous young wife but also had his crazy, sexy, sassy sidepiece who was willing to meet him not just in hotel rooms but even in his own marital bed. What a stand up guy, eh? What a sweet set-up for a prize Narcissist.  Nothing for him to complain about there, right?

In the end Carrie marries Mr. Big (on the surface another ‘win’), whom you absolutely know will cheat on her before the wedding pictures are printed.  I don’t know what happened after that (it was, we have to admit, a rather shit film) other than Samantha ditched the very hot and devoted young Smith, which was another great example of self- absorption. Hey, he just stuck by her through breast cancer, but whatever; she got bored and we all know that the best cure for boredom is to find someone new to bone.

SATC is a toxic stew of co-dependency, magical thinking, narcissism, poor self-esteem, lack of boundaries, acceptance of some absolutely shitty behaviour – and yet it’s hailed as this great love story of Big and Carrie, those two crazy kids who just couldn’t keep their paws off each other, even through marriages and engagements and myriad other relationships. And all those who were steamrolled by the ‘power of their love’?  Oh well, just so much collateral damage.

Now, when I catch the show on late night repeats I think the whole damned thing is one giant clusterfuck of bullshit.  The sad thing is that so many women ‘identify’ with the show, and with Carrie – and a whole generation of young women have used it as inspiration to run off to the big city to live their dreams… and find their own Mr. Big. Because he’s the prize, right? Not having your own newspaper column, or a closet full of designer clothes, or a close group of girlfriends. No, the big “win” is the attention of a flaming narcissist cheater.

Which you can only do in wildly inappropriate $500 footwear.

Previous article: A Dinesh of a Mess
Next article: “We Grew Apart”