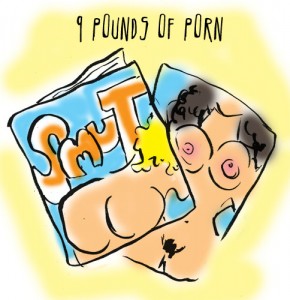 I went through the oh honey let me help you stage. The take the kids and leave for a week stage. The throw the computer out and get rid of cable stage. The screen EVERY SINGLE movie we rented for nudity or sexy scenes stage. The acting like a hooker in the bedroom stage. And on and on it went. I read every Carnes, Schaumburg, Marsha Means book available. I told no one. I kept it as my shame and secret. I tried, God knows I did to help him to stop. But, in the end this old girl could not look like a Nympho Teen. Or a Slutty Teen. Or a beautiful 16 or 17 year old girl. I was not enough. He has never admitted to anything physical, but my instinct says different. I always caught him. Then he would “try” recovery.

I am 53 and have 5 children. 4 of whom are still at home and I am homeschooling them. I have not been employed in the workforce for 14 years. I told him the last time I caught him, he would have to leave. He was a police officer and within 2 months lost his job. We now have no health insurance and I doubt he will be able to get a job as an officer again. He has not been very forthcoming about why he lost his job after 5 years of decorated service and a promotion to detective. But I can make an educated guess.

I still am a chump. I can’t divorce because he has no job and no way to pay child support. I walk around like a zombie. I love my children and do not want them hurt. I believed him everytime he said he would change. What to do? How do I stop with the hopium? How do I extricate myself from this man? He says he will NEVER give me a divorce. I would have to rely on the state legal aid to try to get a divorce. I have no family here.

As a side note his father has been found to have been molesting 3 of my husband’s sisters’ daughters. This shit runs in the family. His mom knew, just never said anything. Am I wrong for feeling like this is infidelity? He says it is not infidelity and that he loves me and that I am his “soulmate” and he will never let me go. He says there are two sides to him –the good guy and the “deciever.” He has lied so much to me I can’t believe anything he says, but he brings me hot coffee in the morning and my favorite sandwich for lunch. He makes me sick.

Why am I stuck being a chump? I am trying to get away but I can’t seem to get out.

Boy, where to start? Okay, first call that legal aid society and get some professional help NOW. You need to divorce this guy — he’s not going to get better and he’s had umpteen chances. Why are you stuck being a chump? Because you’re ACTING like a chump. Change the actions and the chump thing goes away. First step — get legal advice. Make an escape plan with the help of a professional.

Next, grandpa is a child molester and husband likes to jerk off to pictures of underage girls is NOT a coincidence. This little “aside” would be enough to have me running for the hills with my 5 kids in tow. Get your kids some therapy now — direct yourself to local social services, whatever you have to do. Find out if they’ve been abused and get them some HELP.

After that — quit homeschooling. You need to free yourself up to get back in the workforce. And if the kids need counseling, the best place to get it might be the school counselor who can make referrals and set something up. Especially with this drama and crazy dad in the RV, the kids need a safe haven that isn’t home life. And you need the independence that comes with a J-O-B.

(If anyone wants to jump on me for civil liberties and presumed innocence — I’d prefer to let the law enforcement professionals make that call. My sympathies are with the victims of sex trafficking and sexual abuse.)

Hopeless Chump, your situation is not hopeless, it’s just hard. But you can get out if you set your mind to it. Just take the first step — call legal aid — and get on the road to your new life.

Previous article: Dear Chump Lady, Maybe the OW is really “the one” and I’m not
Next article: My ex is a fuck up. I don’t want my kids to be fuck ups too.