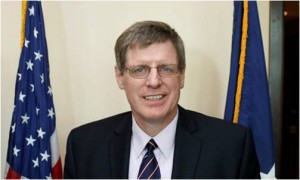 I’m sorry to be the messenger of sad tidings, but one of our kindest, wisest, best people here — “Chump Son,” David Clark Brooks, passed away this afternoon at 4:11 p.m. today.

If you’re new to this blog and didn’t know Dave, he was a wonderful commentator. His father had been a narcissist and his former best friend a cheater, and he shared his wisdom and compassion on nearly every post he could. He was especially adept at explaining narcissistic dynamics from a kid’s point of view, giving comfort to parent chumps here.

On a personal note, Dave was also one of my earlier boosters. Emailing to tell me by God, this anti-narcissist thing was part of a larger movement! And keep up the good work! And this reminded him of a historical footnote, and if I was in the DC area to look him up. I regret I never got that chance.

Hug the people close to you, folks. We just lost one of our best people. Such a sad day.

ETA — Here’s one of Dave’s best posts below. He was writing to Hannah, whose father was an abusive cheater.

This is what you wrote:

“As an update, he recently assaulted my mum and stole her phone. So there is now an ongoing court case. Despite this, he still felt it appropriate to twist the knife in my heart further with a “heart-felt” email this weekend. One which left me weak, confused and like I’d taken 10 steps back.”

Let me tell you something, Hannah. This guy is clever. Very clever.

He’s got the two-step down like a Ninja Master. Advance, then retreat. Abuse, then soothe. I don’t know if you remember a movie called “Marathon Man” from way back in the 70s. Good film. Good book, too. In that story, an escaped Nazi doctor tortures an adversary (played by Dustin Hoffman) by drilling into his toothe and then suddenly applying anesthetic.

And you know what’s worse? Poor parents often leave their kids with a real hunger for…guess what?…REAL PARENTS. But those same parents get very jealous of the coach, the teacher, the Uncle who might usurp their screwed up authority.

So, you have grown up with a serious Dad deficit, a Dad deprivation, created by…a bad dad. And, roller coaster fashion, he can feed that. Look, no one, absolutely NO ONE, is “all bad.” There are pictures of Nazis who were loving fathers. But disordered people go back and forth. That’s what makes manipulation work! If your father were consistently bad, you’d see him for what we was and be gone years ago. But he can gear shift on you. Character is consistent! Do NOT marry the boyfriend who blows up at the picnic, broods and ruins everyone’s time. You can really tell if these characters are real or not. Just listen to your gut.

You gotta get therapy and keep a grip on this thing.

You also have to do something else.

You have to bury your father.

You have to mourn his loss.

You did not have a real father. You had a very limited, problematic, character-disordered guy for a parent. Despite that, you turned out well. (Just be careful what kind of relationships you get into. Fine a nice Chump!) But you have to face facts. He is not good for you. And you have to mourn. It is sad. In other blog posts, I have described a kind of final conversation that I had with my own father. (He wasn’t nearly as bad as yours, but bad enough.) I gave up on something: on Dad the World War II hero, on Dad the guy who took me sledding for the first time (I can still remember riding on his back. He was so BIG….) The Dad who taught me history. Yes, there were some good things, but — Damn It! — a boundary had to be drawn, and the fact that I waited so long to draw it made it more painful, not less. So, I drew my boundary, felt better, felt sad, mourned the fact that — while my father had good qualities, some of which I admired (mentioned above), on balance, he was not the man/nor the father he should have been. This is hard. But once you do it, you are better off.

If you draw boundaries, withdraw and detach from these folks, some relationship may be possible later on. The irony of this is that, when it comes to the disordered, the only possibility for a relationship comes when you give up on them, when you are willing to get up and walk away, when you’ve snapped the chain of need that ties you to the anchor of their chaos and despair.

I know that sounds weird, like some Eastern Philosophy. Well, let’s hear it for Eastern Philosophy. I had a friend, a good friend, a guy who was a kind of father figure to me –(I attract these father figures quite naturally; I must give off some kind of scent-need; this has been a blessing)–and he said to me once, “You know, you only truly keep what you give away.” He was referring to giving gifts, to giving things with real meaning, but giving them in a way that you kept the memory forever.

But with the disordered, there’s another paradox. You only have a chance with them (and they may reject you) once you have cut the cord. Once they know that if they get out of line, you are going to get up and walk away.

And you have to accept something. It’s going to hurt.

But you’ll be better off for the boundaries, you’ll be a better role model to any children you have, you will be better to and for yourself, for your friends. I can imagine that you and your sister’s friends fret about what this situation does to you both.

Personally, and I don’t know all the details, it sounds like both your parents are in some kind of toxic lock. I’d get distance from both. I agree with CL when she tells sis’ she has every right to set boundaries. Personally, it sounds to me like this father is a real loser, and I’d stay away from him. He’s like a mad dentist with a drill in one hand and Novocaine in the other.

So, face facts, mourn and move on. There good folks out there who deserve the good feelings that you and your sister are ready to give. You sound like great kids who came out of a tough situation. That equals triumph. Take that, make new friends and take your lives to the next level. Mom can come with you, if she wants to. I have my doubts she’ll join you. And dad…. Sorry. It’s sad, but the dad you deserved, he never was.

Chump Son knows how you feel.

Please let me (more or less) repeat myself:

“You ARE great kids who came out of a tough situation. That equals triumph. Take that, make new friends and take your lives to the next level. ”

Previous article: Good Shrink, Bad Shrink
Next article: Dear Chump Lady, So what does a good relationship look like?