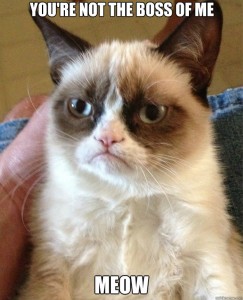 I found out this past Christmas that my wife was having an affair with a neighbor and friend of ours. I quickly signed us up for counseling and tried to make it work but she wasn’t interested and continued carrying on. After about a month, I insisted that one of us had to move out and we should immediately enroll in divorce mediation. And we did on both counts.

The guy she is with has a son who is close with my children and my boys are used to him and my wife’s affair partner being around quite a bit. My wife works out of the house and he is unemployed so last year, they often picked up the kids at school and visited the library or engaged in other after-school activities. She is still with him and they still engage in these activities and much more. We share custody and it seems like every time she has the boys, this guy and his son are around too (despite warning from our kids’ therapist that this could be confusing for them, even if they don’t know he is her boyfriend.) When I mention it to her, she says, “I think he’s good for the boys. They like him.” or “You’re just expressing the way YOU feel.” Even when I remind her that a trained, impartial professional said it too.

Our youngest has a school performance coming up and our oldest has a birthday in July. She is adamant that her affair partner will be attending both events despite my attempts to get her to reconsider. Today, I sent her an email with some info on co-parenting and not creating pressure cooker situations unnecessarily. Who knows if she’ll respond. I also encouraged her to discuss the situation with her therapist, the kids’ therapist or her Mom. She likely won’t because they’ll give an answer she doesn’t want to hear.

Any recourse for me or do I just have to eat my liver and pray I don’t turn these events into an episode of the Jerry Springer Show?

How do you like your liver? On crackers? Or fried with onions?

Cheating is about narcissism and entitlement. Divorcing someone doesn’t cure them of it. There’s no great awakening. Unfortunately cheaters tend to carry their shittiness forward. And yet chumps often think, well, surely divorce will sober them up. They’ll consider the children, we’ll be able to co-parent now. With me out of the picture, now that they’ve gotten what they wanted, can’t things go more smoothly?

The only thing that will register with your soon-to-be-ex (by the way, you can stop referring to her as your “wife” — save that designation for someone deserving of the title) — is consequences that pain HER. Your pain? Who gives a fuck? Her children’s pain? Well, they’ll get over it. They’re resilient. And the problem, she’ll tell herself, is you. The way you’re not dealing with all of this is the real issue. No, the only thing that might get through her big, fat noggin are the painful consequences of her own stupidity. And those take some time to materialize.

She gets a reduced standard of living, single motherhood, and an unemployed boyfriend! Oh THAT’s going to turn out well…

Karma is when she gets sick of supporting his unemployed ass. Karma is when his son breaks her laptop, or gets his sticky fingers all over the upholstery, and ceases to be some delightful Brady Bunch blended family figment, but instead materializes as a real kid, who is often annoying and unruly. (Hey, you’re not the boss of him! How’s that feel?) Karma is when the whole fantasy schmoopie dream becomes boring, suburban reality and there are no spouses to sneak around on, and they’re stuck with each other. That is, until one of them finds another hypotenuse to liven things up.

Jay, it’s a mess. She’s a mess. You might get a court order that says she can’t introduce the boyfriend to her kids or have sleepovers for a matter of months or years — and THEN what? Then you’re the divorce police. Marriage police sucked, divorce police is worse. You want to be in her business, monitoring her comings and goings? You want to go back to court to fight about it? All the expense and headache of that? Talk to a lawyer, but in my experience the court only cares about situations that show imminent harm to the children. “Your Honor, he took my children to the library” isn’t going to cut it.

But he SUCKS! They’re CHEATERS! They destroyed your family! I get it, Jay. I get it. Unfortunately, it’s a very common story and the courts don’t care much.

You need to stop focusing your energy on her and start focusing on what you DO control — you. Stop sending this floozie articles on how to co-parent, or suggesting improving topics for her therapist. Seriously Jay — do you think there is a magic ARTICLE? If magic articles were all it took to transform narcissists into conscientious parents we’d be air dropping them across the country as a matter of public policy.

She doesn’t want insight, Jay. This is that Dr. Simon line — it’s not that they don’t see, it’s that they disagree. She knows you don’t like it, or the professionals don’t like it, but it doesn’t matter. She’s a special person, an exception to every rule, and she’ll do as she pleases. Until the iron anvil of karma drops on her head.

Focus on what you do control — being an awesome, involved, sane parent to your children. You are doing an AMAZING job of navigating this shit storm so far, Jay. Your D-Day was only 5 months ago, and look at how you’ve coped. You tried to save it, and when the affair continued, you didn’t stay on that sinking ship — you took action. You initiated divorce proceedings and moved out. You didn’t suffer limbo. You’re very good at analyzing your options and setting a course of action. You enforced your boundaries. You know your worth. Jay, you’re in the upper percentile of people who have their shit together. You can get through a school performance without going Jerry Springer.

Staying classy and showing restraint, however, doesn’t mean you don’t speak your truth. If anyone asks, you tell them exactly why your marriage broke up, and you say who the OM is. You tell your children too in age appropriate ways. Kids aren’t stupid. They’ve met the OM and his son, and they’re spending a lot of time around them as this divorce is going on. Don’t deny their reality. Of COURSE the OM is the boyfriend. And of course that’s why the marriage broke up. You admit that to them, and then you have to refrain from editorializing. (“Mom’s a slut.”) You can of course say, “I don’t like OM and I can’t be friends with him.” But don’t make your children feel like they have to choose between you. Do say, “But I understand you have to spend a lot of time with OM and his son, and your relationship with them is your business, not mine. And I know you love your mother.”

Be the sane, consistent, loving parent Jay. NO ONE replaces you in your children’s hearts. NO ONE. You’re showing your children how to be a class act. How to respond to adversity. And more important, you’re showing them how not to be chumps. Bad actions have consequences — when people grievously hurt us, we must enforce our boundaries and impose consequences.

In time, you’re going to model to them a beautiful life reinvented. There are good women in this world who will be faithful and love you right. Don’t waste your time looking back trying to monitor Ms. Wingnut. Focus on your happier future without her. Forward march, Jay.

Previous article: Nice vs. Kind
Next article: Dear Chump Lady, Should I take back Sparkles the Magnificent Personality-Changing Dry-Drunk Unicorn?