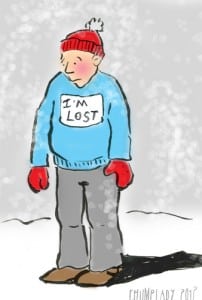 Apparently people need pointers on How Not to Cheat. Today’s post comes at the urging of my husband, who thought this HuffPo column “3 Tips for Former Cheaters Who Want to Stay Faithful” completely dunderheaded.

But hey, cheating sucks, “staying faithful”? What’s to snark about? That’s a nice sentiment. Except it underscores an uncomfortable premise that from the cheater’s POV, “faithful” isn’t the set point — cheating is.

Is this writer owning her shit? Or it is just more cheater apologist hogswallop? Let’s put it through the patented Universal Bullshit Translator and find out!

1. Force yourself to pause.
If you’re going to drag your relationship through the mud, you’re going to do so after CAREFUL CONSIDERATION, dammit. Over at Glamour, Gena Kaufman outlines a smart four-step prevention plan (which applies to both cheating and shopping), the purpose of which is to force you to think over what you’re about to do and how much you want it. I will say that, while this strategy does not work for me when I want to eat French fries — ’cause I’ve tried it — I have found that it helps a great deal when it comes to maintaining relationship fidelity. Walking into a different room at a dangerous time can save you so many tears; just do it.

Because cheating is so much like shopping? It is if you cannot distinguish a sentient, feeling person from a hand bag. But really? This is your tip? Change rooms? So much temptation! How could you ever control yourself around a random attractive person? (I dunno… boundaries?) Pretty people are wily though, they might escape from the confines of rooms. Had you considered concertina wire? Moats? Bunkers?

2. Learn your triggers.
It’s crucial to figure out why you cheated in the first place in order to prevent it from happening again. For example, after a few weeks of therapy post-split, it became clear to me that one of my biggest emotional triggers is when someone cancels plans on me at the last minute. So, in my current relationship, I communicated my need for reliability early on. Now, when plans do change, as plans are wont to do, my boyfriend makes it clear that he’s not blowing me off. I am better able to reassure myself that he loves me, and the world spins madly on.

Yes, the reason you cheated was other people. When they do X, you do Y. So if you can just prevent them from doing X, then you won’t do Y! Communicating needs is great. Everyone should do it. But, alas, you still only control yourself. If your needs are not met, and dear God, someone cancels a dinner date, it’s not an excuse to cheat. This is where your character kicks in. You weren’t reassured? OMG. You’re going to have to sit with an unpleasant feeling! And not self-medicate it with fucking someone else in retaliation.

Fucking other people because you feel “triggered” is about you. Not the chump. You’re responsible for YOU. See how that works?

3. Be honest with yourself.
Hey, if Dr. Phil says so. But seriously, when I cheated, I was in the deepest state of denial a person could be. I was partying a ton, eating almost nothing and utterly convinced that I could handle an affair just fine, no consequences. This did not last. I think if I had just been honest with myself earlier about what wasn’t working in my relationship, I could have at least bowed out gracefully, or maybe even worked on those bedrock problems with my then-boyfriend. In my current relationship, I am honest to a fault, both with myself and my partner. So far, it’s making for a much healthier union.

I can’t fault honesty. But again, there is subtle blameshifting going on. I think if I had just been honest with myself earlier about what wasn’t working in my relationship, I could have at least bowed out gracefully, or maybe even worked on those bedrock problems with my then-boyfriend. You didn’t cheat because there were problems in the relationship. Every relationship has problems, and some boyfriends, yes, deserve to be dumped honestly because they aren’t a good match for you.

Previous article: Leveling the Financial Playing Field on Your Way Out the Door
Next article: You Might Actually Suck, But You’re Still a Chump