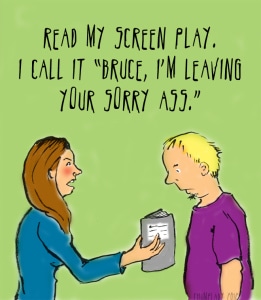 On the “You Might Be a Chump If” thread, another discussion led by Dat broke out on “chump recovery.” Okay, so you listed all the ways you were dumb in retrospect, but when did you catch on? When did you start enforcing boundaries that  were previously trampled?

You Might Be a Recovered Chump (YMBARC) if… when he tells you he was sleeping in his car, you tell him he’s a liar. (You don’t tell him you found the hotel receipt. A recovered chump never reveals their sources.)

YMBARC if she says “I love you but I’m not in love with you” and… you shrug instead of performing the pick me dance.

YMBARC if your cheater is cake eating and you lawyer up on the sly. Let them think they’ve got you fooled, and then BAM. HellOoo divorce summons.

YMBARC if you speak your truth and resign as cheater PR director.

YMBARC if you bought all new bedding and decorate things just as YOU like them now.

So tell me your recovered chump moments!