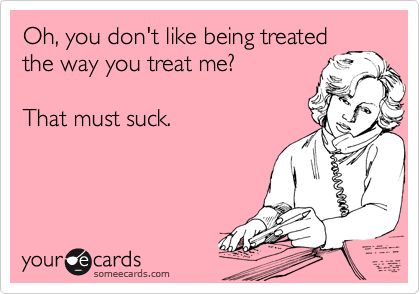 How do I stop caring about my husband of 22.5 years — his health and state of mind? He has significant anxiety and struggles with remembering things correctly. Revisionist history is a part of it, but there is another whole issue perhaps caused by Affair Fog. He has not planned well for any part of the divorce process and his move to Maine to be with his affair partner. (He didn’t even get prescription refills! I’ll have to mail the refills to him!)

How do I heal from this Kindness Flaw my doctor told me I have? My doctor said, “Most people would have nothing to do with a spouse who decides one day to cheat on them, walk out of the relationship with no discussion, no attempt at marriage counseling, and giving you no say in the matter.” (Obviously implying healthy people, non-codependents, write these people out of their lives.)

For me, I have regular therapy, medication management, and monthly primary doctor visits to monitor and manage severe PTSD and major depression. I was disabled and unable to work for three years and worked extremely hard over these past 3.5 years to heal the long-term damage caused by being raised by narcissists. I’ve recently returned to fulltime employment out of need — since I have filed for divorce and need to support my son and myself. I have a vocational neuro-psychologist I meet with also on a weekly basis to help to juggle the new job stresses with divorce and husbands affair stresses. And, oh yes, his affair partner does know I’ve been disabled by PTSD and that her contacting him caused a significant trigger, as well as findng out about the affair. She sent me email that my grief was “a pity party. Divorce happens — deal with it!”

It’s almost seven months to the day that my husband received a love bomb email from a woman he knew in the 1970s. She lives on the other coast and recently flew out to our city to accompany my husband on his drive to Maine — to shack up with her. He left a job with great benefits and pay for one that pays half of what he was making and far fewer benefits. His state of mind has been all over the map. He has planned poorly for everything and he struggles with memory issues. One minute he shares his struggles and stresses via email and text then ignores me and blows me off. I delayed the divorce finalization to put him on my health insurance for three months out of concern for his mental and physical health. His health insurance won’t kick in for 90 days at his new job.

Codependency is the “pick me dance” as total lifestyle. I’ll show you this consideration, and you’ll notice me! You’ll be nice to me, right? RIGHT? Don’t you feel guilty when I do this nice thing for you and you don’t reciprocate? You should NOTICE and feel guilty, but you don’t. What’s up with that? Oh. I think I just need to TRY HARDER!

Ugh. April, please un-chump yourself. Your doctor is totally correct — healthy people REJECT people who treat them like shit. They don’t refill their prescriptions.

The only person who is in an “affair fog” here is YOU. Your ex knows exactly what he’s doing. He’s driving to Maine with his affair partner. He’s abandoning his marriage. Stop spackling this shit as “forgetful” and start seeing it for what it is — DELIBERATE behavior.

When your ex writes to you, that’s cake. He’s throwing out some kibbles so you’ll keep being of use to him. Putting him on your health insurance, sending him prescriptions, probably negotiating yourself out of a proper divorce settlement. Whatever. You see it as evidence that He Cares. He doesn’t. The reality is he left.

Start getting ANGRY about that. And let that anger fuel you into self-protection and developing some healthy boundaries around people who treat you like shit.

To grow up codependent probably means you learned to spackle at a young age. The warning sirens that go off for other people hum quieter for you. You don’t protect yourself the way healthy people do because accommodating disordered people was your normal.

I’m not a shrink, but I’d hazard a guess that your psychological ailments have a lot to do with simply not knowing, or giving yourself permission, to have boundaries. You feel vulnerable because you make yourself vulnerable to freaks. When you stop doing that, and start trusting yourself to say no, and enforce boundaries, you’ll feel a lot safer. How do you do that? You START. And each time you enforce a boundary, the impulse gets stronger, and you reinforce it.

Think of it like those old melodramas. The villain is your ex and you’re tying yourself to the railroad tracks and sparing him the trouble. Then you’re expecting that he’s either going to untie you or stop the train because He Cares. Why not clue into his black suit and twirly mustache and notice he is a villain? How about stop standing anywhere near him or railroad tracks? Maybe carry a frying pan to clobber him with?

Start thinking of your husband as a Bad Guy. He did Bad Things (not forgetful things). Go no contact with him. Instead of a frying pan, consider a bad ass lawyer.

I’m glad you filed for divorce — that was an awesome boundary. You found a job and support your family. Mightiness! YOU CAN DO THIS. You asked me how do you divorce a narcissist? Hey, you’re DOING IT. Just KEEP doing it, quit being nice to the villain, and stop second guessing yourself.