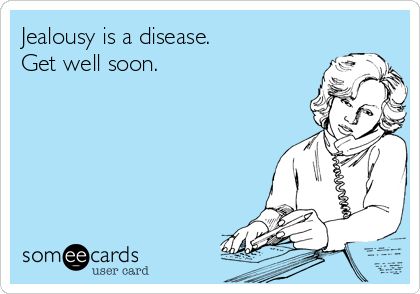 Here’s my tale of woe.

After thirteen years and four children, my husband decided apropos of nothing to leave me for his ‘girlfriend’ of one month who happens to have no kids but many, many tens of millions of dollars.

There was no talk of reconciliation (except for three absolute bullshit marriage counselling attempts where he didn’t disclose why he suddenly wanted a divorce) , no unicorn chasing, no chance to even audition for the pick-me dance finale.

It was over, he was gone, just like that. Our marriage had been, in my eyes, a very good one, and we were financially extremely well-off, but not quite millionaires. I had been his cheerleader our whole marriage, and had supported him and his career to an extent which is almost laughable now. (He is a public figure.) I also worked full time and looked after every aspect of our home and child-rearing.

Anyway, he married Ms Money-Bags, the week our divorce was finalised, in a ceremony to which the children were not invited but the media were. I’ve then endured countless public iterations of how their love is real, and worth hurting people for (specifically, worth hurting me for). Imagine, if you don’t mind, a small-scale to what Jennifer Aniston went through, and then add four kids. They have access to the children 13% of the time (their choice — I live in a 50/50 state).

This has been going on now for years. I am constantly subjected to ever-shinier accounts through the media of how They Are The Best Couple Ever!!! And frankly, not only is it incredibly embarrassing, it also makes me feel like a complete loser, as they live in a house worth five million bucks with a god-damned waterslide, with matching Maseratis in the driveway and dress my kids in designer clothes (that they’re not allowed to bring home to my house), while I struggle as a single mom. (Yes, he pays the state-mandated child support, which is 2% of his annual income.) I work full time in an extremely demanding role (I’m a litigator). I have tried to move on romantically but frankly I don’t trust my own choices and anyway, I hardly have the time to try to date and the only men who hit on me are married. Ugh.

And so I feel really bad about myself, because my life doesn’t compare to theirs. It seems there is no justice in the world. How do I get over this feeling of absolute rejection, and of being a total unlovable loser, and move on in my life? The constant media about their fabulous life (which I have actually asked him to put a stop to, to no avail) is crushing my soul.

Hey, at least you have a soul to crush, which is more than I can say about your ex and Ms. Moneybags.

What a lovely couple! He walks out on a wife and a passel of small children, and she finances his desertion! But hey, they’re enviable because they have a $5 million dollar home and flash cars in the driveway? And 24/7 media coverage?

Seriously, think about what kind of people you’re envying here — people who dress children up as props, but don’t invite them to their significant life events. People with millions to spare who budget 2 percent of ONE salary toward child support. You wish to compare yourself to them?

What are your values, Super Chump? Yes, on the Maserati index you’re a great big loser. On the Mightiness Scale of Raising My Children Without Any Help from a Cheating Fuckwit, you’re a winner.

It’s all in how you frame it. Who would you rather be?

Look, I know it sucks. I know you want some cosmic justice. It would be nice if all the media coverage was over what an utter douchebag your ex is versus his Constant Fabulousness. But really — do you think anyone who knows your story, who is worth knowing, doesn’t know they both suck epically? Is there any public figure who isn’t despised or snarked about, even by those closest in his or her circle? Why are you buying the spin?

But kibbles are not the same thing as love. Love is respectful. Love is generous. Love commits. Love doesn’t abandon its children. The man simply didn’t love you. He’s a person who traffics in kibbles. You probably thought, as many of us do, that if you flung enough kibbles at him, if you were super-duper cheerleader to his accomplishments, he would return the favor — that he would love you. But instead he just took your kibbles (thank you very much), pocketed them, and found better kibble sources elsewhere.

He sucks! A tree should fall on his head! He should be indicted! Exposed as the fraud that he is!

And it’s been a couple years and that hasn’t happened yet. Oh well, it probably will. Give it some time. Maybe it won’t happen. Doesn’t matter. YOU matter. Get on with your life and let that man be a stranger to you. I know that is hard when you co-parent, but seriously, just imagine he’s Donald Trump. Silly man with his bad combover and his millions, saying stupid offensive things. Am I personally bothered by what Donald Trump does today? No. (If he becomes president of the United States, yes, I will be very bothered… but I don’t think it will come to that.) He’s just some rich freak whose life doesn’t concern me.

Your ex is just some rich freak whose life doesn’t concern you. Your children have to navigate that personal landscape and the best way you can help them is to be the Sane Parent. Model your values. Be resilient. Show them every day how you have their backs. Teach them the difference between real love and kibbles.

And teach yourself too.