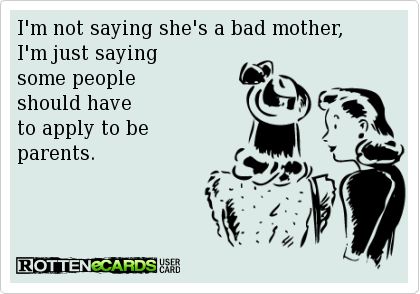 My mother is a serial cheater. Being the oldest, I had to watch her bring strange men home, hear her have sex with them and stand as a mediator between her and my dad. Mine could have been the trusted parent, but in his rampage of revenge on my mother for having hurt him so badly, he took us down with her. He kept our things from us and would do anything to hurt her back, even if it meant using my two siblings and I to do it.

Fast forward about six or seven years to the present. She had two more kids with a new man, who is a pretty great guy. She is now doing the same thing to him. History is repeating and I just don’t know how to deal with it.

I’m still living at home even though I’m 20 and, being a full-time student, it’s making it impossible to leave right now. I’ve been watching her and calling her out to my step-dad regarding her infidelity, but it is tiring and doing so much damage in my own relationship. I don’t know how to cope and I really do worry about my siblings’ well-being.

Do you have any advice at all? Or even any happy stories of how others triumphed over the emotional trauma that comes with a cheating parent?

You’re not alone on this cheating parent dilemma. Just last week I got a letter from a chump who discovered that her husband asked her teenage daughter to shave his back for him — so he could go out on a date with his mistress. It was disgusting enough to be privy to her father’s back hair regimen (I can’t even…), but when she figured out that she’d been used, she was furious. And so was her mother.

All to say, infidelity isn’t a victimless crime. Nor is it a “private matter” between the cheater and the affair partner. Cheater freaks collude with those nearest and dearest in their chump conspiracies. I don’t know why. I guess batter-ramming other people’s personal boundaries gives cheaters a warm fuzzy glow or something. It’s extra kibbles.

I’m really sorry you’ve been put in this position of knowing your step-dad is being cheated on by your mom. It sounds like you don’t have a single sane parent, except perhaps that chumpy step-dad. You said you’ve called your mom out to your step-dad — did he believe you? That was really brave of you, and it asserted a boundary — that you will NOT be party to her cheating. Problem is, you live there. Problem is, you’re still dependent on her. This is where we can attack your problem.

IMO, you need to get far away from this clusterfuck ASAP. Whatever you’re saving on rent is not worth the price of this drama. Save yourself. Talk to your college’s financial aid office, check Craigslist for roommates in a house share, but get the hell OUT of that house and focus on your independence. I promise, it’s much easier to study when you don’t share a wall with Mr. and Mrs. Psychodrama.

I worry that you’re doing the codependent chumpy thing of peacemaker. You played “mediator” between cheating mom and your dad. You’re caught in the middle with cheating mom and step-dad, and you worry about your younger siblings.

You’ve got a big heart, but kid, they aren’t your problem. In fact, the best thing you could do for the younger kids is model sanity to them — enforce your own boundaries, stop being enmeshed in drama, and get independent. You can be their safe haven later — but first you have to start gaining that new life, okay?

Here’s the good news, C.C. You recognize that what’s going on is wrong. You’ve got a moral compass. You’ve got empathy. Now then, take all that mightiness and invest it in yourself instead of trying to manage mom and Prevent Her From Doing Awful Things. Not your job, and not possible. We don’t control other people, just ourselves.

I’m going to open the floor up to Chump Nation. A lot of people have been in your shoes and can offer advice on how to get to the other side. Lots of mightiness here to share. Welcome!

Previous article: The Myth of the 50-50 Marriage
Next article: UBT: Mo’Nique’s Give Men a Pass for Cheating