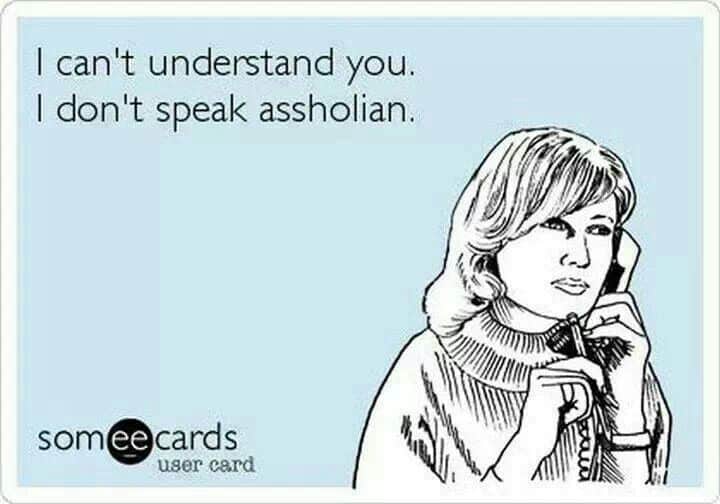 How do I stop being so angry at my cheating ex?

I get flashes of it and it makes me tired. He’s off living his single life with affair partner and gets 50/50 shared custody of our child. (I’m happy with that, although I miss my child lots).

He’s just become so rude. I only contact him about child-related things and he ignores or answers in his own sweet time. I’ve had to chase him four times for childcare payments (which he does pay but always blames the bank).

Anyway, I’m so tired of feeling angry. Maybe it’s because he’s shown no remorse and now just treats me like a gnat. My self worth is in shreds. Most of his family has ditched me (after 11 years). I don’t want to see a psych because I’m sick of talking and thinking about it all. I want meh…

It’s very difficult to feel indifferent toward people who deliberately keep trying to piss you off. While I constantly encourage chumps to “gain a life,” it appears that cheating exes did not get the memo. Whatever Schmoopie they’re off with next, so many of them circle back to their chumps for kibbles. And because you no longer love this person, they’ll take their kibbles in the flavor of antagonism. Did they get a reaction? Hey! It’s still centrality and control! Whoopee!

When you breed with a fuckwit, they have you by the curly shorthairs until your child turns 18. You’re vulnerable because you love your child and are deeply invested with your child. So, if a disordered person is so inclined, they can fuck with that vulnerability a thousand different ways. Did you send your child off with new shoes and your kid gets returned barefoot? Is there a very important book report that needs finishing and Uncle Daddy took Junior to the dog track instead? Perhaps your kid didn’t get returned that day at all? Asshole infinitum.

Oh, and the real kicker? They’ll follow it up with a sad sausage narrative of how Mean and Awful you are. So unfair! So uncompromising! So trying to be the BOSS OF THEM. And the real sophisticated mindfuckers will pull out the dagger of “Don’t you care what’s best for the CHILDREN?”

Why don’t you eat the shit sandwich, Jen, and play nice? Why won’t you be his “friend”? Why must you insist on court schedules and child support? Why are you such a fucking hard ass? Oh, he knows why — you’re still hung up on him and Schmoopie, right? You’re just jealous of their awesomeness. He’s very sorry you can’t be awesome (you should work on that!)

My blood pressure spiked just typing that. And yet I know so many of you live with this crazy Every. Single. Day.

And the narrative out there is be Consciously Uncoupled, be friendly for the kids, go take a Carnival cruise together! The cognitive dissonance between what is expected of us and what IS, is enough to make any chump lose their shit. If you’re angry, Jen? You’re paying attention. It’s not fair.

But, as a veteran, I can tell you it is endurable. Here are a few pointers, and then I’m going to open the floor to Chump Nation for the next two days and I want you all to give each other your pointers on “co-parenting” and keeping your sanity. We need this — the holidays are TOUGH.

1.) DOCUMENT. Whenever a fuckwit fails to consider the Best Interests of the Child — whether that’s not paying support, or screwing up the schedule, or missing a child’s obligation, or demonstrating some kind of neglect — you DOCUMENT it. Is this tedious? Yes. When the violation occurs, you write an email and time stamp that shit.

Bob, It was very distressing when you returned Tiffany on Monday instead of the court-appointed time on Sunday at 5 p.m. She missed her school matterhorn concert. Missing concerts is not in Tiffany’s best interest.

2.) Lower your expectations. No, lower. No, still not low enough. Your expectations should be below sea level, looking skyward at the underbelly of an ant. And even then, maybe down a few more inches.

Essentially, expect NOTHING of fuckwits. Be the sane parent, and as much as you can, foster independence and self-reliance in your children. It will serve them well later in life. The book reports are on them.

Is it unfair that they have a fuckwit for a parent? Yes. But that’s the reality — everyone needs to deal with the reality and not what you think it Should Be or Could Be. But! But! She’s capable of being a decent, functional person for other people! Don’t go there. It is what it is. One way this shit makes you miserable is you keep expecting this person to do the honorable thing. It’s not going to happen. If it does occasionally? Awesome. Let go of the rest.

3.) You don’t control them. Only YOU. So be the sane parent. I say this a LOT here, but don’t fall down on the job and don’t get mired in the injustice. Just get up and do your damn parenting job. Your children will thank you for it later. They’re not dummies. They know who has their back. You just need to take the long view.

4.) Don’t take the bait. They can’t engage you if you’re not there. Be gone or be mentally checked out. He’s rude? Whatever. Deny the beast kibbles.

5.) ALWAYS enforce support with the state. NEVER be the heavy. Let the heavy boot of government do that.

6.) Be mighty! Go out and gain that life. The more you fill in with your new life, the more irrelevant are the Misadventures of Schmoopie and Fuckwit. You’ve got better things to do than stayed tuned into that channel. Hug your kids, go bake some cookies, and happy chump holidays.

Previous article: UBT: Adele’s “Hello”
Next article: Leave a Cheater, Give a Refugee Kid a Christmas