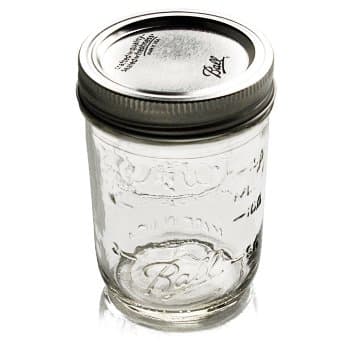 Hi Chumps, it’s finally time for me to declare a winner of the Cheater Freak Contest 2015. My God, did you make it hard — more than 800 comments!

The rules were to write three sentences about how your cheater was Freak of the Week — what bizarro stunts did they pull that put them outside the bounds of ordinary craptacular infidelity?

1) my husband left his email up and I discovered he has something called a humiliation fetish
2) he would have OW lay over toilet and pee on her
3) he had her wear a dog collar and crawl on the floor and eat dog food.

The dog-food-eating OW should be a poster child for the self-degradation of OW everywhere. Next time Esther Perel word salads on about the exuberant defiance of infidelity, I’d like to flash Ms. Alpo Train at her. Yeah, who’d want to miss out on THAT action, Esther?

Close, but no cigar, NoWire. You played by the rules, you set the bar high, and no breakfast cereals were exchanged (a nod to GladItsOver there), but in the end, I had to hand the contest to CutNRun! whose husband took the OW to Disneyland instead of his children.

I’ve read a lot of awful stories on this blog, and God knows you guys catalogued hundreds of them on that one post alone, many of them far more grim than a missed vacation. However, to me, this one stands outs for the brazen, infantile entitlement — and we all know the competition is stiff in the cheater chutzpah department.

Disneyland for cheaters? Like an affair isn’t fantasy enough?

This one story underscores how infidelity is family affair. Cheaters rob from their children and give to their fuckbuddies. The empty savings jar is a chump kid metaphor.

While Cut&Runs! submission failed the three sentence test (most did, I gave up!), I have to hand the mouse ears and Meh Mug to her.

My Husband puts a whole new meaning in “Disneyland Dad”… my children have always dreamed of taking a Disney vacation. So of course I did what I thought was best & encouraged them to dream big. We gathered all sorts of fun pictures of Mickey Mouse, Cinderella’s Castle, Goofy, etc.

Each of my sweet kids carefully pasted the pictures onto a small make shift “vacation fund” jar. We spent months saving any & all spare coins, dropping any extra cash into the jar… pennies off the street. Heck! Some of them even placed their birthday money into the vacation fund in hopes that their contribution would make our dream come true more quickly.

The Husband complained that we didn’t have any extra funds for anything! Let alone a vacation. But he humored me & the kids & we all continued being excited & talked about what it would be like to ride the tea cups. And, on & on.

But, sadly in the end the husband was right. There came the day that I was so desperate for money that I cried & cried as I retrieved the Disneyland cash out of the jar. We needed groceries & I used it to pay for our necessities. I just knew the kids would never forgive me. I’ll never forget how pathetic I felt stealing this money from my children. Taking their dream away from them. I despicably placed the empty jar into the bottom of the garbage can & prayed that they wouldn’t notice.

No one ever mentioned it again.

Perhaps you may be able to guess where I’m going with this?

Their Dad was certainly working hard on his business… And so was his secretary.

Of course both he & schmoopie had plenty of money. Go figure, he even had enough money to book a trip for her birthday…. to DISNEYLAND!

Plenty of money to do what they wanted to do. Their affair was expensive. The Disney memorabilia they brought back for all of HER children was expensive.
Me telling him that I knew he went to Disneyland WITHOUT his children….was Priceless.

I know that my husband doesn’t care right now, and the OW doesn’t care right now, but someday the truth will come out. My children will someday see exactly who he is… And I hope that the OW will too. But for now they’ve taken everything away from us.
Except my ability to care for myself. Thanks to chump lady & her direction. I gave myself the perfect Christmas gift.

I filed for divorce.

Merry Fucking Christmas to Disneyland Daddy. He gets to be my STBX.
He thinks he’s Prince Charming & he’s saving the damsel in distress. They both wished upon a star & believe they’re meant to be together. They will prove to everyone that they’ll be living the rest of their lives in a sparkly fairy tale. “You’ll see! Ours is true love!”

All that I see happening is… the damsel… well, who the hell cares about her. And the STBX? Pinnochio will continue living in his fantasy world where everything he does comes with strings attached.

Congrats to Cut&Run! And thanks everyone for playing! Our next contest is Valentine’s Day haiku in February.

P.S. Where’s the cartoon Tracy?! As much as I’d love to draw a cheater in mouse ears, I went into my shed/studio yesterday and my 13-year-old iMac was making an alarming grinding noise. Photoshop is not my friend right now. I hope to sort it out and return to cartooning soon. I’m sorry! I might draw things on napkins and take pictures if it comes to that. Meanwhile, it’s memes.

I can’t draw the cartoon Cut&Run, but I will throw in a galley proof copy of the new book for review.

Previous article: Dear Chump Lady, I let the OW get to me. Help.
Next article: Don’t Date This Person