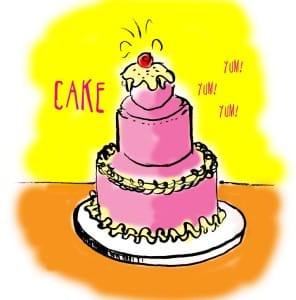 Help me, please!! I am a lesbian and my wife and I have been married for 5.5 years nearly, though we have been separated since early November (D-Day #2). My wife seems to have this thing for straight, married women. The first affair resulted in me filing for divorce and the married couple (with two kids) divorcing. After 10 months, my wife had enough of the affair and dropped her affair partner like a hot potato and “gave me a second chance.”

Apparently I blew my chance, because fast forward 4 months later and D-Day #2 with a different married woman (who left her husband last week). I am crushed…..again. Both affairs were my fault of course. But here is the kicker, her plan is to: divorce, get some space, breathe, have fun, date, get her head together, and then we start fresh, slowly to come back together when the time is right.

No road map or time line or rules, but she is thinking maybe a year or so. She readily admitted to keeping me on a string the first time we were apart. We have the lesbian middle-class American dream. Both educated with good careers, created two gorgeous boys together, ages 2 and 4, (I carried both), nice income for our area, and a beautiful home. I want my life back…..my family back together.

Her idea is that we are on a one-way ticket to nowhere in THIS marriage because we have both caused so much damage. We need a fresh new relationship started the RIGHT way. She says over and over that she wants her family and her future, but she isn’t happy right now because I smothered her. In my defense, I probably did because she CHEATED and left for 8 months. Have you ever heard of such a thing? Is this just stupid for me to consider? To sit and wait for her to want her family back again because she says it’s when, not if.

Do people sometimes divorce to “save their relationship”?

No, people divorce to save their sanity.

Saving the relationship is called “reconciliation.” If you read here much, you’ll see I give very low odds to reconciling with a serial cheater. (You have one.) You tried reconciliation — excuse me, Giving You a Second Chance — and that resulted in D-Day #2.

You’re wondering if we wave the magic divorce wand, will your wife’s character be transformed? No. It won’t be, Southern. She’ll still be the same cake-eating, sociopathic bitch.

Yes, I said sociopath. Go read up on them. Try OutoftheFog.net or Dr. Simon’s site on manipulative people. I bet you’ll be checking more items off the Hare list than your grocery list.

Look, I’m not a trained professional, I just happened to have once been married to one of these freaks. They’re all bad actors using the same worn script. What tipped me off?

Grandiosity. You filed divorce on HER, and her response is she’s so freaking awesome she’ll give YOU a chance! Aren’t you the lucky chump!

Manipulative. She’s blameshifting this mess as your fault. You “both” caused damage. You smothered her. She’s lucky you didn’t smother her with a pillow.

Predatory. Married women with kids? So children’s intact homes are her happy hunting grounds? Out of all the single straight, bi, or gay women she could fuck around with, she chooses STRAIGHT married women with KIDS? What an awesome challenge. OMG, the kibbles! She’s the special goddess who will make them question their orientation, their marital status, and their families. And after they say yes, she dumps them. It’s just all about what they’ll sacrifice. It’s a GAME to her.

And don’t think you’re special, Southern. You’re a game to her too.

She readily admitted to keeping me on a string the first time we were apart.

Southern, my chump friend, you’re dealing with a disordered wingnut. It not my job or your job to figure out what flavor of wingnut your wife is (Borderline? Narcissist? Sociopath? Garden-variety asshole?) It’s your job — as a parent, as a person who aspires to sanity — to get as far away from this kind of toxicity as you can.

Now then — YOU. I know you want your family, Southern, we all did. And I know you want the dream — the middle-class intact home life. But why the hell are you taking this woman back? Why is your entire letter geared to what your WINGNUT wife wants? Who cares what her plan is? What do YOU want? Who is Southern? What does she stand for? Is this kind of partner and relationship acceptable to you?

Bitchslap yourself. Your wife is NOT all that. She had made your life and your children’s lives a living HELL. That’s who she IS — someone who can callously cheat on you and abandon children.

You might’ve carried your kids, but she also signed up to be their mother. And she WALKED OUT on them. I’m sure she’s telling you she just walked out on you, flawed, smothering you. And she still wants the kids. Bullshit. She walked out on your kids for 8 MONTHS to pursue an affair. Until you got uppity and made divorce noises.

Don’t put your children through this crap. They need stability and love. Not chaos. You can have the dream without her. Shore up your self-esteem, get therapy to help with your boundaries, get a pit bull attorney, press for full custody (do document the affairs and the abandonment), and go as no contact as you can with her.

Oh right, but she wants to DATE you.

I’m sorry, you’re too busy raising two kids to compete in the Pick Me Dance finals. You’ve got an interesting book to smother that evening.

Southern, you’re NOT AVAILABLE. Because you’re awesome and mighty and too good for the likes of Ms. Mommy Fucker.

We need a fresh new relationship started the RIGHT way.

Yes, the right way to start is with someone who hasn’t cheated on you. Freshen up, today. Dump her.