During this season of love, roses, and cut-rate chocolates, it’s important to remember the less fortunate — those poor sods that wound up with our exes — and immortalize them in verse.

So send me a poem! I’m looking for either a haiku or a limerick that encapsulates your cheater experience. The winners get a review galley of the new book and a cartoon drawn of their poem. I will announce the winner on February 15. So hey, the day isn’t a total waste, right?

To recap from 8th grade English, a haiku is a poem with 5-7-5 syllables.

I love you but I’m…
Christ, you are such a cliche
…not in love with you.

A limerick is a 5 line poem with a rhyme scheme of AABBA.

To inspire you, here are some former winners with cartoons: 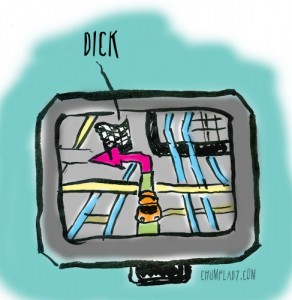 And here’s one with some Southern grit and a twist of karma.

Ya done went an found ya another,
Cos yer home life started to smother.
Now its yer turn to crawl,
Call Jerry Springer, y’all!
Cos I hear she’s been fuckin’ yer brother! 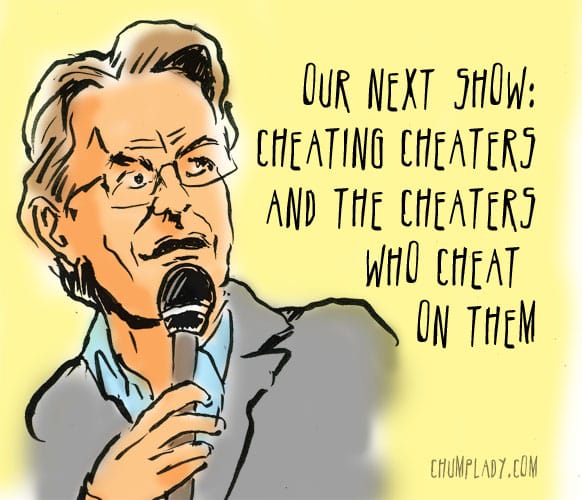 I will leave this post up until next Monday but you can enter submissions until February 14, Valentine’s Day. (I need some time to draw.)

Chumps, I know you’ve got some bad Valentines in you. Bring IT!