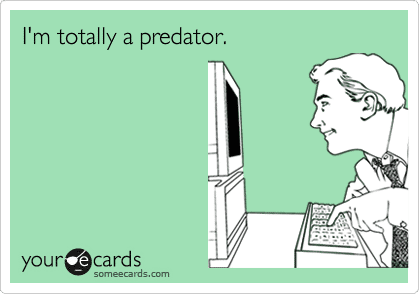 As any chump can tell you, the pain of betrayal is a motherfucker. That stomach lurching, heart stopping moment when you realize your partner was not who you thought they were. Their mask slips, the truth is revealed, and you’re devastated.

If you read this blog, you’ve been there. Cheating is so common, so insidious that if it hasn’t happened to you, it tends to be a big shrug. Oh so that’s why the Throgmortons are divorcing. Being chumped doesn’t engender much horror outside the small circle of those collaterally damaged.

But quite a few of you have much darker tales — you tangled with sociopaths.

I hesitated to write this column because of the Esther Perel-esque critique — “Your situation Goes Beyond Infidelity.” Oh Tracy, don’t conflate cheaters with personality disorders. Don’t mention retirement accounts blown on hookers, or Thai sex workers, or criminal fraud. God forbid, don’t mention the domestic violence that often goes with cheating — the pregnant woman whose head gets slammed on the concrete basement floor when she confronts him. Don’t talk about the protection from abuse orders. Or the guns. Or the verbal threats.  I’ll burn your house down. I’ll piss on that baby’s grave. I’ll kill you if you tell anyone.

Infidelity is abuse. And some of it, yes Esther, goes “way beyond” — it’s actually criminal.

Over the Christmas holidays, a dear chump I know made a horrifying discovery, when she came home and found police detectives in her apartment. Turns out they were there to confiscate her boyfriend’s computer. He had been online cruising for under-age girls.  They’d been together for several years and were living together. He was a sexual predator.

And no, she had no idea.

And yes, she thought he really loved her.

So in addition to the devastation and skein untangling that your average chump goes through, she also had to contend with the darkest knowledge you can have about another person — that they prefer to fuck children. That you were a front of normalcy to their perversion. That they saw you as the weakest antelope in the herd, and that’s why they went with you. Surely, a healthier person would’ve pegged them? Why ME? How did I not know THIS?

And lest you think my friend is an outlier, freak of the week, I get letters with situations like hers every month. Often, every week.  Just the other day, a woman sent me a online review of Romanian escorts from some “FKK Saunaclubs in Germany” that she found her husband on. Sexual trafficking of poor, Eastern European women. It’s a real chucklefest of a read, until you consider — they are BUYING AND SELLING PEOPLE. And then reviewing them like it was Amazon.

And I know that by writing about it — exploring the Venn diagram of where serial cheater and John and sexual predator overlap — will get me the criticism of hysteria. Much better if we keep all these discussions in nice, tidy boxes. Cheating is just that thing that happens when you Aren’t Meeting Their Needs! (For adolescent girls….)

In the coming months — be warned folks — I’m going to start a conversation about this, beginning with examining the work of Rachel Moran, author of Paid For. Moran was once a 15-year-old prostitute on the streets of Dublin. She’s been taking on the sex trade and the myth of the “happy hooker.”

You know that bullshit — that sex workers are just self actualized, liberated sex-positive creatures, trying to make a wage! Moran instead points to the exploitation, the coercion, and the obvious suffering of women forced to fuck multiple strange men a day.

She wants to have a moral discussion about that suffering.

“I think that the reason people want prostitution stripped of morality is because if we viewed it through a moral prism it would collapse, and they know it,” she said.

Malignant entitlement comes in many forms. What keeps entitlement alive (and predators hidden) is not calling it out. Let’s help this shit collapse — let’s talk about it.

Previous article: Dear Chump Lady, Anyone else experience Switzerland friends?
Next article: UBT: “A letter to my husband from his cheating wife”