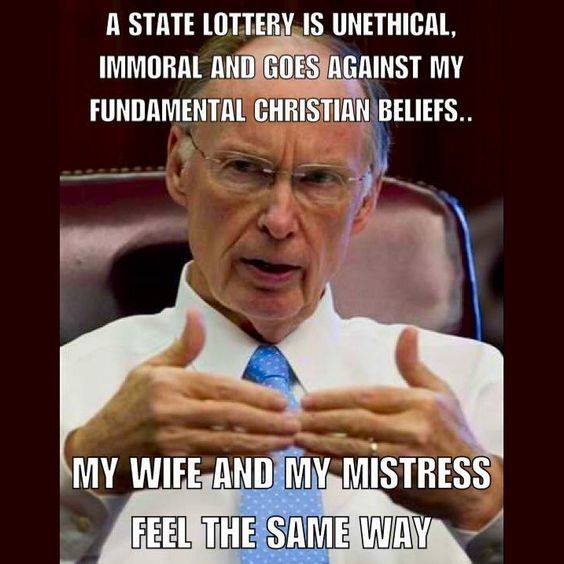 For those of you just tuning in (or who don’t live anywhere near the U.S. news cycle), Dianne Bentley was married to  Alabama governor Robert Bentley — a dude who helped himself to the public coffers to conduct and hide his affair with a staffer.

When this affair came to light (I wrote about it here last year Sweet Spackle Alabama), Dianne Bentley did not stand by her man, tearfully clutch his hand, face the camera crews, or offer up choked testimonials to his good character. No, she passed on that steaming plate of humiliation and divorced his ass.

Let’s review Dianne’s mighty, shall we?

She REJECTED the investment of “all those years together.”

Fuck the sunk costs. This woman suffered a D-Day on the eve of her 50th wedding anniversary. Schmoopie was a woman 30 years her husband’s junior.

Did Dianne pick me dance? Did she ask herself what she did to be so unloveable? Did she buy a new face cream and take up cross-fit? Did she buy 50 books on Amazon on how to save her marriage? Did she excuse her husband or send him to a therapy ranch for cheating fuckwits?

No. She busted his ass.

With the help of a staffer she got  Bentley’s calls recorded on her iPhone and she archived his iMessages. Then she filed for divorce and moved out of the Governor’s mansion.

Best of all? She handed all her evidence to the state ethics commission. Because her husband had not just fucked her over, he’d fucked over the Alabama taxpayers as well.

How did Governor Bentley react? Oh, he skipped the charm and self-pity channels, and went straight to rage.

Governor Bentley sent police all over the state to seek out whatever evidence she collected. He threatened the aide that helped her. Someone vandalized the aide’s car (coincidence?)  And Schmoopie pressured Dianne to denounce rumors of an affair. (AS IF. WTF?)

Dianne did NOT back down. She got the truth out.

As anyone who has ever dealt with a cheater could predict, Governor Bentley did not cooperate with the inquiry. (File it under “You’re Not the Boss of Me.”) The Alabama Ethics Commission was not amused.

Thanks to Dianne’s mightiness, Robert Bentley resigned from office on Monday.

May the shit sandwich history of political wives be forever changed.

Previous article: Dear Chump Lady, Should I reconcile with a sex addict?
Next article: The Ones Who Just Leave