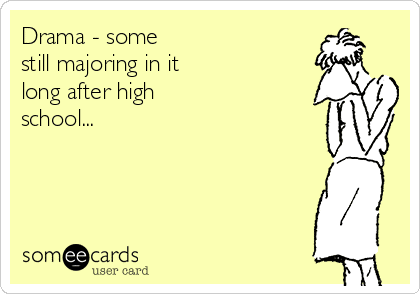 I uncovered an emotional affair my husband was having that started before we began dating.

They were “the ones who got away” from each other in high school — they had huge crushes on each other but were dating each other’s best friends and didn’t admit the crushes. Before she got married her second time, their opportunity to get together was thwarted (my husband was married to someone else at the time (duh!), who had also gotten a whiff of their “friendship” and banned it!).

Romance was their thing: they sent romantic/sexy songs on Youtube and they were like “soul mates” according to her. She joked about how they would end up together later, like after her kids left home or after her husband died.

They both talked about what would might have been possible for them if her husband had died in that scuba diving accident he had. I also have the email where she is condemning cheaters.

You would love this: I called her mormon religious leader and asked him to help me keep them apart (I hadn’t found Chump Lady).

I also locked myself in the bathroom with his phone on D-day (Dec 2016) and sent myself all the images/texts/email. He had to take a dump in the backyard while the bathroom was occupied. A tiny bit of justice on a totally sh*tty day.

At first I got gaslighting: “YOU are the one who is messing up this marriage by making a big deal out of this!,” and “I had to reach out to her for support when we were having a tough time (because I wasn’t meeting his crazy demands in the marriage).”

Now, after having to be the one to figure it out and tell my husband what happened and try to figure out why (he has a surprising lack of introspection and insight), my husband is horrified about what he has done (he did spend a lot of time crying), has read some of the important books, and is being really good about boundaries with everyone.

Something I’m sure some of you can relate to: while *I* was trying to process the affair and my anger about it, husband started having panic attacks when I was angry and pressing for answers. So suddenly I couldn’t be mad or he might die.

Another crazy twist: my husband’s first wife had a year-long sexual affair with the Catholic priest who blessed their baby. So my husband HATED affairs.

Soon after D-day, I notified OW’s husband by email and sent copies of text messages and some choice email. Yes, I was angry and yes, I wanted OW to feel some of the pain. I also told myself I wanted help keeping husband and OW from contacting each other.

OW’s husband was initially in denial, minimizing what had happened and then months later he sent angry emails to my husband. Later he told me that his wife, the OW, feels bad — she thought she was just flirting with my boyfriend! She knew we have a kid together, but my husband hadn’t told her we had gotten married! Just gross.

Her husband now wants all of the email. Do I send them? My therapists (individual and MC) are saying that it is better if I am not in touch with OW’s husband.

Since D-day I have seen past signs (yep, doing Marriage Police) — I have access to his email — that he was trying to engage with others in this emotional affair kind of way — trying to get kibbles.

And I can’t forget: when I was in labor with our baby almost three years ago, my husband was super sparkly and flirty with a particularly beautiful L&D nurse!!!! SO crazy!! That was way way before D-day. He has this gross way of being charming with people (waitresses) when I am not around and always thinks he has to say something witty in social situations.

I know that research shows that this kind of relationship has the most staying power… I hate the idea that she is going to come after my husband again.

My theory now is that when my husband became newly single after his divorce (before we were dating), he went after someone he KNEW because it seemed safe — he has a ton of anxiety and is really risk-averse. My husband tried to get OW to leave her husband (they had three kids under the age of 3). It seems like husband seeks unconditional love since that is what his mother could never give him (she is a narcissist a-hole) and the emotional affair is the perfect format for getting unconditional love.

His therapists (individual and our MC) are saying he has low self-esteem. He sometimes also says we can’t talk about the affair because he starts to beat himself up.

Also, I think husband is co-dependent to narcissists (his mom, his first wife). I have no idea what that means about me/him/our relationship.

So some questions: Do I send the email to the OW’s husband? Am I still in Chump territory? Is my husband a type of non-narcissist/sociopath/asshole cheater? Or is he just a little bit of an asshole? 🙁

You’re asking me all the wrong questions. You’ve put forth a lot of theories about what brand of sad, misunderstood sausage your husband is. (My guess is 100 percent free-range Timid Forest Creature.) What the Schmoopies mean to each other, what kind of mothering your cheater had or did not have, his anxiety, his aversion to risk… Not ONCE in this entire screed, HDC, did you mention what YOU want. Every ounce of your energy is devoted to untangling his skein of fuckupedness (with some help from those quack therapists, more on that in a moment). Meanwhile, your own skein is still sitting there in its original packaging, untouched.

Bottomline, HDC — Is this relationship acceptable to YOU?

You okay with your husband mooning over his “lost love”? Are you enjoying your role as marriage police chief? You okay with being the great consolation prize to a man who neglects to mention he’s married? How’s living the great romance That With Enough Therapy And Introspection He Realized He Loves Me, Sorta?

Forget about who you hope your husband will become (with the right books!), let’s look at the evidence of who he IS — and tell me, is that good enough for you? That’s the real question here, HDC, not what sad afflictions drive your husband to do the stupid shit he does. I’m sure your quack therapists will happily take your money and waste your time devising theories. I’m not a shrink, I’m a chump with a useless masters degree in Southern African history, but I do have the ability to think critically. So let’s examine the evidence and UBT this shit.

Before [OW] got married her second time, their opportunity to get together was thwarted (my husband was married to someone else at the time (duh!), who had also gotten a whiff of their “friendship” and banned it!).

So, he was a cheater in his last marriage too? Excuse me, had an emotional affair. Because adults who spend decades mooning after each other and ask each other to leave their spouses have never fucked. Right-o.

Regardless of what your husband’s ex did (if she really cheated or not, who knows?) — you do know he has a long history of being inappropriate with other women. This woman and the others he trolls for online. It’s not that the OW predates you — it’s that his lousy character predates you.

Now, after having to be the one to figure it out and tell my husband what happened

Read that sentence again and again until the absurdity of it sinks in.

and try to figure out why (he has a surprising lack of introspection and insight),

He doesn’t lack insight. Go read some Dr. Simon — “It’s not that they don’t see, it’s that they disagree.”

His problem isn’t introspection — his problem is entitlement. He’s okay with disrespecting you for kibbles. It’s all about him.

Oh but why?! Why is untangling the skein. Because he CAN. Because it doesn’t hurt him to hurt you. Not enough. His ego strokes are more important.

my husband is horrified about what he has done (he did spend a lot of time crying),

You just said he doesn’t know how he feels and you have to tell him “what happened.” So is he really horrified, or is he just scared of the consequences? Are those tears for hurting you, or are they for himself? Are you projecting feelings on him that he doesn’t really have? (Rookie chump mistake.)

has read some of the important books, and is being really good about boundaries with everyone.

Uh-huh. And that’s why you’re playing Marriage Police. Because of his super stellar boundaries.

I hate the idea that she is going to come after my husband again.

The OW is not the problem. She sucks, absolutely — but horrible women abound. And they don’t matter one whit if the person you’re married to has BOUNDARIES. OW don’t “come after” weak men — those men invite them. If the door is open, that’s on HIM.

Chumps don’t make cheaters cheat, and neither do affair partners. (“The devil made me do it!”) Sure, the OW is complicit, but your husband has agency. He never shut this down — you busted him.

He has a ton of anxiety and is really risk-averse.

Really? He has affairs — that’s risky. He doesn’t have any social anxiety in front of waitresses and nurses.

He has this gross way of being charming with people (waitresses) when I am not around and always thinks he has to say something witty in social situations.

Just lays his “wit” right there on strangers — and he’s risk adverse and anxious you say?

For a timid forest creature, he’s quite the attention whore.

Unconditional love is a load of horse shit. Adult love comes with conditions. Conditions like, you don’t get to abuse me, or I’ll leave. It’s not your job to be his all-forgiving mommy. You’re his wife.

His therapists (individual and our MC) are saying he has low self-esteem. He sometimes also says we can’t talk about the affair because he starts to beat himself up. 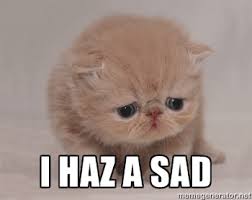 How convenient. You’ve been betrayed and must make your needs smaller, because he has the sadz. Whoa! Do not stir the Timid Forest Creature lest he have a seizure! (Why not hook him up with a blood pressure cuff, and cross examine him until his head explodes? Just a thought…)

Your husband doesn’t have low self-esteem. He’s a guy who thinks he’s funny and charming and is starring in his own personal soap opera of Thwarted Love. Oh but his low self-esteem makes him grandiose! No, his entitlement makes him grandiose. What you see is what you get — he feels entitled to his kibbles. At your expense. And he cries and threatens to pass out if he doesn’t get them.

Is that acceptable to you HDC?

I’d go see a lawyer if I were you, and hang up your marriage police spurs.

And sure, what the heck, share those emails. If they weren’t so awful to send (“you’re making a big deal out of this!”), then it’s a trifling matter to share. Let the other chump in on this No Big Deal business. Maybe your delicate husband will stroke out.