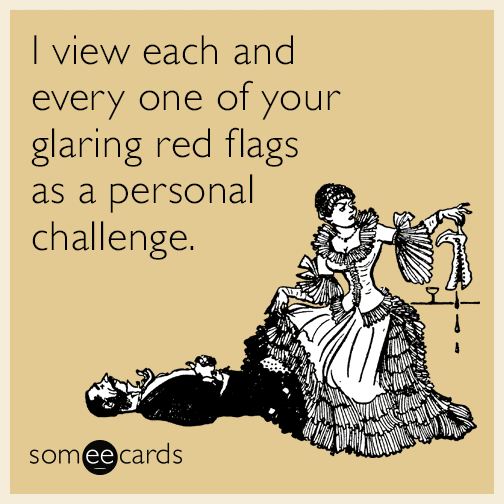 We went to counseling for a little bit. I thought he had stopped seeing her immediately. We stayed married.

Last summer, I found out that he had had an Ashley Madison and match.com accounts during his 3-year affair—neither one had activity on it because, I think, men have to pay but he had set up his profiles (what a fun read). When I questioned him on why he had these accounts, he told me, “He wanted to see what else was out there.” Nice.

Last Sunday, I found out that he had been seeing the same woman for the past 6 months (Did it ever stop from 3 years ago? I’m not sure). They’ve been meeting at an Embassy Suites near his office (that she pays for) because he thought I might have hired a private investigator (paranoid much?). When I asked why he had re-started the affair, he told me it was because I “never got over the affair from three years ago.” He said I never gave him the forgiveness he needed. He said that he felt our marriage was doomed and that I would eventually leave him. I thought we were moving forward.

Admittedly, I was not perfect and was still hurt by his 3-year affair and then finding out during the Ashley Madison hack last summer that he’d been on that too — maybe I’m slow to heal (maybe I need some bloodwork done to see why I don’t heal faster from being repeatedly stabbed in the back…)

But, it is so hard to give up hope in the face of all his promises.

Please talk some sense to me and take away my hope.

Let’s take this point by point.

1.) A  six-year affair is not a “mistake” singular. It’s thousands upon thousands of willful decisions to deceive you. It’s sociopathic. Normal people don’t have double lives nor can they maintain them. To do that you either have to have zero empathy (as in your synapses don’t fire), huge reserves of entitlement, and super powers of manipulation.

Try to imagine being him for a DAY, doing the shit he’s been doing behind your back. You’d break out in stress rashes, wouldn’t you? You’d be dying to have a heartfelt conversation and spill your guts. You’d grind your teeth and suffer constant anxiety and second guessing. You would not CONTINUE UNBOTHERED FOR SIX YEARS.

To behave as he has behaved is deeply fucked up. And it’s who he is. He’s got a lousy character and he’s really okay with being a total fraud. Not much to work with here.

2.) Ashley Madison? Oh great, he wants to hang out with other fuckwits like himself.

4.) He wants to see what else is out there? Oh, and he’d also like to stay married to you? That’s known as CAKE. He’s openly telling you he has absolutely no interest in fidelity. He’d prefer to shop. Indefinitely. (By the way, that’s your cue to do the Pick Me Dance and compete for the awesomeness of his indecision.)

5.) This is all YOUR fault? Really, you couldn’t forgive him? What does he think staying married to his sorry ass and raising his two kids is? A death sentence?

You never GAVE him forgiveness? What exactly did he do to earn it?

And let’s say that’s true. He believes you’ll never get past it. Then the honorable, sensible thing to do is END IT honestly and divorce you with a fair settlement. He didn’t do that. Because the point is CAKE.

Now, let’s look at his promises.

Apparently being the love of his life entails tolerating his constant quests for other loves of his life. Is that okay with you?

Worst mistake? No. The only mistake here is staying with him.

And now you’re writing to me to kill your hope. To stop believing his lame promises. Listen, Missed, you better kill your hope before your hope kills you. Think of it as a showdown at the Not-Okay Corral. Only one of us is getting out of here alive, Hope!

Let that someone be you. If you stay with him, you stay with the knowledge of exactly who he is — a serial cheater. You’ll have a marriage with a man who looks elsewhere and blames you for it. Who subverts “forgiveness” as “free pass to do whatever the fuck I want to.” And if you object? You’re not being forgiving enough.

That’s soul death. Don’t choose it. Call a lawyer instead.