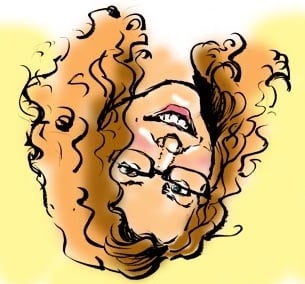 Hey, I’m coming to the Land Down Under! To give a masterclass on chumpdom to mental health professionals — and chumps! — and you’re ALL INVITED!

An excerpt from ZHUCHI below:

Session 1: Intro to the Chump Experience – how Tracy came to do this and why she thinks it’s needed.

Session 2: The Reconciliation Industrial Complex – debunking the common Infidelity and Reconciliation narratives and why they are so damaging and often, nonsensical. Myth busting monogamy and evolution arguments for infidelity.

Session 3: What the mental health and counselling profession could do differently – Therapeutic models that allow for character disorder; Empower and rebuild: collated from the feedback of thousands.

Discounts available for groups of 3+ people and not for profit organisations.

Please note, CHUMP LADY has asked that a donation to a local Domestic Violence refuge receive a donation in lieu of her being paid to present.

Infidelity is as constant as death and taxes and that is a fact. As a consequence, betrayed partners are a demographic that sadly regenerates itself day-by-day and will be with us always. When the internet and social media arrived, so did a multitude of avenues for infidelity – taking it way beyond the traditional dominion of the workplace or social circle.

According to Bloomberg Businessweek:

“It’s not easy to get a handle on the size of the fling economy. The Internet dating market is worth $1 billion to $1.5 billion in the U.S., according to industry website Online Dating Insider, and some portion of that, from 10 percent to 30 percent, depending on whom you ask, involves people who are already in relationships.”

All those millions of members (“in a relationship/it’s complicated…”) have partners. All those millions spent came from shared marital assets – household budget, inheritance, or retirement accounts. All that popularity has untold costs – legions of betrayed partners being created every day.

In addition to the technological ease with which you can have an affair (Ashley Madison alone claims 22 million members worldwide), the popularity of literature touting the unnaturalness of monogamy continues to grow and feed the illicit beast.

Finally, a growing culture of self obsession and narcissist chic e.g. edgy articles exulting the virtues of being a mistress and online forums on how to cheat and get away with it.

These form a trifecta punch that emphasises the fabulous at the expense of the betrayed.

What help is available after infidelity? 1. Someone who has been cheated on. You’re not part of the Smug Unknowing class, untouched by infidelity. You’re a chump. You got played.

When chumps wash up on the shores of ChumpLady.com, from the U.S., UK, Pakistan, West Africa, South Africa, Australia, the Netherlands, India, Germany, Sweden, France and beyond, they are tired and thirsty for something different…

Chump Lady is a voice that speaks to them with a new message about infidelity. This new voice says: “You know what? Maybe this isn’t the relationship for you. Without trust this marriage isn’t sustainable.” Or, “It’s okay to lay this burden down and leave. The cheating isn’t your fault. You’re going to be better on the other side of this crap.”

The motto of ChumpLady.com is “Leave a cheater, gain a life.” Tracy believes losing a remorseless cheater is addition by subtraction and motivates chumps to set boundaries by getting angry, finding the absurdity, and recognizing manipulation tactics of cheaters. Leaving is the first part. Gaining a life is next. Tracy advises her community to work toward feelings of “meh” about the cheater and to take the rotten experience of infidelity and let it become a catalyst to a better life.

The experience of being chumped cuts across class, race, gender, orientation, and cultural lines. The message of Leave a Cheater, Gain a Life is a funny, smart, and practical field guide of the infidelity terrain that will appeal to all manner of chumps, in every stage of discovery – those who just found out, those who tried reconciliation for years, are divorcing, are in limbo, or were abandoned, those married to serial cheaters, the one-night stand, the emotional affairs. It’s for anyone who questions if people who disrespect you can really love you.

Infidelity and Character Disorder
While Chump Lady does not make the argument that everyone who cheats has a personality disorder, she does believe that cheating is narcissistic—to pull it off you have to stifle empathy for your partner. (Lack of empathy being a hallmark of narcissism).

Chump Lady offers similar advice to that of Authors who deal with narcissistic abuse or character disorder: pay attention to actions over words, look for manipulation, and realise that how this person is behaving is the clue to their character. CL here again — Please share this on social media. We’re all about changing the narrative here at CN, so let’s build some buzz! Hope to see you there!

Previous article: Mr./Ms. Sparkles Is Ready to Date You!
Next article: Dear Chump Lady, Help! I keep breaking no contact