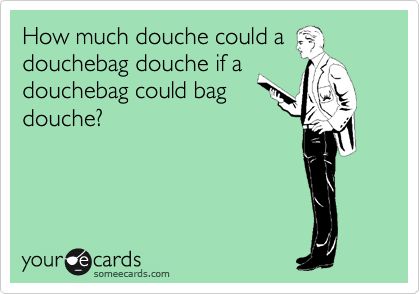 A few years ago I discovered that my husband was actively writing on a reddit-style message board. Based on what he wrote he was clearly unhappy in our marriage — he portrayed me as a slovenly gold digger and bad mother, he wrote extensively about all of his exes and desire to be back with any of them (or anyone else but me, really), etc. It was a lot and frankly traumatizing to read. I spent a year in therapy trying to work through it. We have 3 kids and two intense careers, and I chose to stay in the marriage at the time. I would not say it is a healthy marriage (for this and other reasons) and I think often of ending it.

The question: occasionally, I find myself triggered my something he wrote, and will try to raise it (being able to discuss it was one of the conditions of staying together). Originally he would try to comfort me in such a situation, but now he dismisses me without discussing, usually calling me psychotic and characterizing me as trying to start a fight (hello gaslight). Today the issue was while discussing a possible career change he mentioned travel might be a component of the new job. Problem is, it’s also a component to his rules for cheating without getting caught, as posted on the message board (along with the rule to never admit anything, even when confronted with evidence). Here are his rules:

I read this at the time as a pretty good indication that he had cheated (which he denies, as of course he would have to as that is one of his ground rules) or at least spent an awful lot of time planning to. Tonight when I was concerned about travel for his new job and possible infidelity, he got mad, called me crazy, and went to sleep in the guest room.

So the question is, what do I do with that? I’ll never know for sure if I am in the chump sisterhood without witness confirmation, but I need a sanity check. Thanks so so much.

Oh sure he’s a cheater. Let me put it this way. Say the board was about Lionel trains. And he’s posting what kind of trains, make, model, descriptions of the elaborate train set-ups (are there water towers? crossing stations? signal guards?), the best stores to buy your Lionel trains, Lionel train accessories, and rules for playing with your Lionel trains.

One day you discover his train passion and he says, “I swear. I have never so much as touched a Lionel train. I know NOTHING of Lionel trains. It’s just boyish curiosity.”

Then, after he swears off trains, he’s walking around your house wearing an engineer’s cap, making choo-choo noises.

Do you REALLY need to catch him in the act fondling a train? Or can we pretty much ascertain that the man knows Lionel trains. (And please, Alabama readers, extend this logic to child molester Roy “Let-Me-Ask-Your-Mother” Moore. OF COURSE those women are telling the truth.)

Your husband has intimate knowledge of cheating. Its stratagems, its excuses, its douchey justifications. You know ENOUGH.

Oh, and besides which, you’ve already been betrayed.

he portrayed me as a slovenly gold digger and bad mother, he wrote extensively about all of his exes and desire to be back with any of them (or anyone else but me, really)

What exactly here do you think you have to work with? The loving ways in which he calls you psychotic?

RR, this is an abusive relationship. He is verbally abusing you, denying your reality, and deliberately doing everything in his power to destroy any feelings of safety you might have. Why? Because that puts him in the driver’s seat and his entitlement goes unchecked. (Please read Why Does He Do That? by Lundy Bancroft immediately.)

Go lawyer up, go collect financials — and tell him NOTHING.

Oh, and if you really want to fuck with his head? File those divorce papers, but don’t tell him. Just leave a list of 6 rules.

Were you thinking of a divorce? Oh no. Not you. Just a girlish curiosity.

Then drop those papers like you were bombing Dresden.

Previous article: No, We Bitter, Hopeless Chumps Will Not Come to Your Dinner Party
Next article: There’s the Door, Matt Lauer