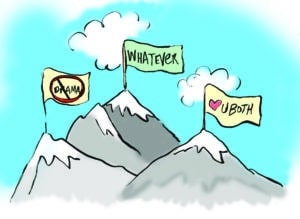 How is one supposed to relate to people the cheater told about his affair? These are people he burdened with his secret, for whatever reason (validation?), that then were faced with the uncomfortable situation of feeling like they needed to “keep it to themselves”, for whatever reason.

I actually confronted one of those people, a woman I considered a friend (I still do), and she cried. She said she didn’t know what to do. I will say that this friend has been one of the few that has actually been there for me since D-Day. Others who know treat me like I have the plague.

Cheater said that one of the friends actually said, “Oh, I really wish you had not told me”. And yet he continued to tell people while I remained — not clueless, since I knew something was up — but not as informed.

What really pisses me off is that while he was saying God-knows-what about ME, he wants to be able to have his own side told if I tell anybody.

To be cheated on is to be conspired against. Which is why all the excuses about cheating being a singular crime are bullshit. It’s not some private matter between you and your husband — the creep had his enablers and conscripts. This particular horror — who knew and what did they know? — is suffering that pays dividends. You will keep discovering these people and every discovery is a fresh betrayal. Why didn’t they tell me?

Because it’s awkward and people tend towards gutlessness. And as you suspected something was up, they probably comforted themselves with You Already Knew.

So what to do with those relationships now? Let them go.

You can make some exceptions if you want to, but just like marriages, friendships are based on trust. It’s going to be hard going forward knowing that your friends are capable of conspiracy and feel close to them.

While you were unaware, their loyalty to you and concern for your well-being was being tested –and they flunked the test. Most people are going to find that sentence judge-y. They were put in a terrible position! It wasn’t their job to tell you!

Nonetheless they had a decision tree of options and they chose to harm you with lies of omission. Choices they had? Tell you in person. Tell you anonymously. Tell your cheater that if HE doesn’t tell you, they will tell you. Tell someone closer to you to tell you.

One friend of yours has the human decency to feel ashamed and apologize to you. The rest treat you like you “have the plague.” Keep the human friend. Let the rest go. No need to confront — you know what they are. And so do they.

What really pisses me off is that while he was saying God-knows-what about ME, he wants to be able to have his own side told if I tell anybody.

Yes, he misses the power imbalance. That should piss you off.

A few words on the cheaters who conspire — it’s part of the abusive power trip. This is schoolyard bully shit. Don’t sit next to Ivyleaguechump, okay? It’s isolating you to harm you.

Every cheater narrative is going to spin this as hey, They Were Just So HAPPY They Couldn’t Contain Their JOY! So of course he had to flaunt the Schmoopie, or invite her in your stead, or gush with enthusiasm.

Not when it’s a triangle. (Or rectangle. Or dodecahedron.)  If “love” involves chumping, it isn’t love at all. It’s some abuser wet dream.

The irony in all this is that these “friends” aren’t friends of his either. They’re props. Things of use. They aren’t going to get loyalty from the cheater either.

Let them figure that out. You go gain a life without these losers. Good luck.

The Switzerland cartoon appears in Leave a Cheater, Gain a Life, and is copyrighted by Tracy Schorn.