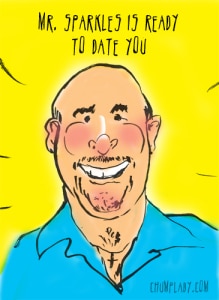 I told my husband I want a divorce today and stupidly gave him some criteria about what I’d need him to do to win him back — and he started trying to do them, but already fucked up.

I said I needed to meet one of his OW “friends” and we needed to jointly tell her that he is ending his relationship with her.

But when we got there, and I politely told her about his admitted affairs with other women, he got all mad at me and said, “Eileen is my friend and we are going to remain friends”. So, I just left and told him, “Fine. Then please have your attorney contact my attorney.”

But then he comes home and calls me “Babe” and keeps saying he loves me and wants to work it out.

It is remarkably textbook like what your site says. He just doesn’t want the consequences. He keeps saying the divorce is going to be so much harder — getting two places and telling the girls — it would be so much easier if we work this out.

All he cares about is his image and what will his investors think if they find out. But I have hopium and actually enjoying seeing him squirm to win me back, even though I know there is nothing more he can do to win back my trust. Am I not doing this right?

I told him let’s not drag this out. But how do I get more firmly resolute in my heart when he keeps throwing the “I love yous” at me? I told him love is a verb and fucking Russian women in between dropping off and picking up our daughter at theatre practice is not a loving action… (and that is just one thing he did.)

Thanks for your advice.

He’s not trying to win you back, he’s trying to win cake back. Poor sausage — the logistics of divorce! Having to be in two places! Yeah, I think he mastered that multitasking superpower when he was fucking a Russian escort in between arts practice.

how do I get more firmly resolute in my heart when he keeps throwing the “I love yous” at me?

Look at his actions, not his “I love you’s.”

He threw you under the bus in front of one of his affair partners. How’s that sit with you?

Speaking of which, this whole I’m-going-to-march-him-in-front-of-Schmoopie-and-make-him-recant is an epically stupid chump move. It’s the pick me dance performed in front of a live studio audience.

I’m sure he absolutely wanted to shut down your crazy wife talk of his other extramarital affairs. Pay no attention to the mad woman trapped in my attic! But it was also gloriously high-stakes kibble for him. Ooh. Two women he can deceive simultaneously! In front of each other! Eileen leaves the encounter convinced of your insanity. Poor man, she’s so controlling. And you can just be kept in line with a few “babes” and the reminder that divorce is Bad for Children. (The drop-offs! Oh the horror!)

You know what screams douchebag to me? One word that conveys the entire male privileged set of investors and Russian hookers? Babe. I loathe this term of endearment.

Now a hundred chumps are going to tell me how their dear, departed Aunt Mildred fondly called them “babe”…

Men who think of grown women as bunnies use “babe.” You’re all babes. There’s a room of babes! How can we score a babe? He calls every woman he ever fucked or ever hoped to fuck “babe.” It’s interchangeable. Ubiquitous. UN-special. Babe is tinted sunglasses and a thatch of chest hair. Pervy 1970s swingers wearing astrological pendants don’t call women “Pumpkin” or “Sweetie” — they say babe.  It’s that cartoon. No one who respects you calls you babe. Divorce him over babe.

Geez Tracy. Put down the femi-nazi pamphlets and go shave your legs or something…

Okay, I’m over my babe rant. (No, not really. ABOLISH IT FROM THE ENGLISH LANGUAGE EXCEPT WHEN REFERRING TO ACTUAL BABIES. Thank you.)

Fortitude, he sucks. Call a lawyer and quit tipping your hand. Just do it.

Previous article: “Closure,” Don’t Do It.
Next article: How Did You Get Rid of Their Crap?