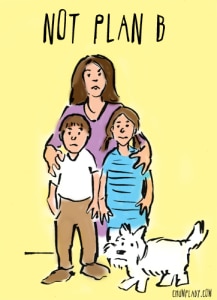 It’s been a difficult time. I’ve been coming to the site often over the past two years. Many of you have similar stories. My husband of 26 years texted from a business trip, and said he wasn’t coming home. He had a long military career and we have three children in various stages of leaving the nest. In cleaning out the house and garage we found all the usual trophies. The house is sold, the divorce is final, and he remarried just a few days later. She’s just the latest of many. Whatever.

The hardest part now has been trying to be the sane parent through graduations, weddings, commissioning,etc.

After another difficult time, where he gives the kids another ultimatum regarding their treatment of his new wife (he’s 52 and she’s 32), and I feel inadequate (an understatement) for not being able to rise above, I have spent days in tears. This finally poured out…….The mother our children deserved:

Our children deserved a mother that didn’t unknowingly lie to them for years about where their father was and what he was doing.

Our children deserved a mother who wasn’t so afraid of their fathers disapproval that she told them “no” way, WAY more than she wanted to.

Our children deserved a mother who didn’t pass their father’s low opinion of her down to her children.

Our children deserved a mother who was strong enough to say “stop” when the adults in the room failed to protect the children.

Our children deserved a mother who didn’t allow a selfish father to constantly put his needs above their own.

Our children deserved a mother who thought she was worth more, and could show her children they were worth everything.

Our children deserved a mother that wasn’t so afraid of their father’s anger that she was able to let them fly, and crash, and fly again.

Our children deserved a mother so confident in their father’s love that she was confident enough in their love to let them go.

My children deserve a mother that can somehow find a way to believe that she is enough.

I’ll never quit trying. For them. They’re worth it.

You’ve written an eloquent, heart-breaking testament to why you don’t Stay For The Children. None of us are perfect parents, but dear God woman, you’re there in the ring trying. Love shows up. Love doesn’t text its regrets and abandon.

Okay, you modeled chumpdom to them. You weren’t as strong as you wish you’d been. Well, YOU ARE STRONG NOW.  You didn’t know your worth? You aren’t measuring yourself by the fuckwit stick any longer. Who cares about his anger and disapproval? He’s GONE. And with it goes his centrality.

You know what confidence is? Showing up. Doing the hard thing. Being resilient even though you feel like breaking. You go to the graduation/wedding/sports banquet. You find the last-minute pressed shirt for the surly teenager. You iron the pants. You find the ride. You have a nice sob in the shower. You go forward anyway. THAT IS MIGHTY.

And so many single parents are committing acts of superhuman mightiness every day and feeling like shit about themselves, I just want to give you all a hug. And my deep, deep admiration. You endure. You’re there for your kids in a way that fuckwits and Schmoopies can never be, what with their new boats and boobs, yachting together off into the sunset.

Does the sparkle turn their heads? Sure. Sometimes it does. But what kids care about is where their shirt is and who’s showing up for that sports banquet and do they have a ride? They KNOW who is there for them and who is not. It MATTERS. And while it may not pay dividends now, parenting is a very long game.

And forgive me for saying this, but if the very worst happens and your children grow up to be shitty, ungrateful people and raging narco-paths — well, shared DNA is often overrated. You did your best. You survived and you learned and you will NEVER measure yourself by ANY fuckwit’s stick, even if that fuckwit is your child.

But really, Hope Springs, I’m optimistic — for you and your kids. Getting a fuckwit out of your life, improving the dynamics, embracing peace — this is the stuff that makes walls sing. Go be happy. Go fucking matter.

I’m not saying that in a flippant Facebook treacle meme kind of way — I mean, go be radically HAPPY. Do the forbidden thing! Eat in front of the television! Have cookies for dinner! Say YES! Create a new tradition. Embrace something that’s just yours and the kids’ (Will Ferrell movies? Popcorn? Pinecone elves?)

I know the responsibility is crushing. God, I know it — I lived it. But right now in this moment, hug that surly young adult. As they wriggle out of your embrace and tell you how utterly mortifying you are — pull them tighter. You won what matters. You showed up and you’re still there.

Previous article: Why blame the chump?
Next article: God Rest Her Soul