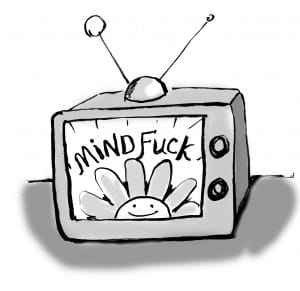 I’m a 36-year-old military wife who found out my husband was cheating early last month (February). It began as an emotional affair with his assistant flight chief that later turned sexual. My husband as never cheated before. I was actually in total shock to find out he had.

We are in our 14th year of marriage with two children ages 9 and 11. I noticed that my husband became more angry, short and distant after taking on his flight chief position. It is a stressful job. He started to pull away more and became neglectful towards me. I tried asking him to spend more time with me and go on date nights but there was no outcome. I eventually let it go because I didn’t want to nag him. I figured once we move from this duty station, and he doesn’t have to do this job anymore, things will be better.

The OW (assistant flight chief) is also married and has two children under the age of 5 with her husband. My husband told me that OW’s husband is suicidal and has been neglectful of OW and their children. Basically, she wanted out of her marriage before she met my husband a year ago.

My husband told me that he began losing the intimacy for me a little before he started his affair. Once he had sex with the OW (twice, by the way, last month), his intimacy for me has really plummeted. She has sparked excitement in him because she is new. He told me he is conflicted between us. He told me that I’m the perfect wife and mother, but he needs intimacy. I have been neglected by him and he hasn’t even tried to work on intimacy. I’m the one who was constantly initiating sex and intimacy.

We are now in counseling. The therapist has not seen us both at the same time yet. I went this week by myself and my husband will attend counseling next week alone. The third week we’ll go together. I’m heartbroken and cry everyday. I feel our marriage has been good up until his new position. He even told OW that our marriage has been solid all these years when she asked.

I’m afraid to divorce and break up my family. My husband may actually do it before me because he is “alive” again from OW’s intimacy. He told me not to tell his commander and have them separated. If I do, he will lose rank, go under investigation and receive an Article 15. Basically, his military career would be ruined. Unfortunately, that would affect me if I decide to divorce him or not. He also told me that if I report his affair, he would have no choice than to be with the OW.

I’m angry, depressed and every other negative emotion you can think of in a situation like this. He ask me not to tell anyone, not even my mother. Our marriage has been good up until this point. I’m scared and don’t know what to do. I’ve been a stay at home mom for 11 years and have nothing. Any advice would be well appreciated. Thank you kindly Chump Lady.

He is threatening you. And it’s abuse. The whole shit show is abuse, but we’re going to start with the threats. And before I get into all the other advice, liberally sugared with eff bombs, I want you to understand — you’re responding to abuse. Because when you see it correctly for what it is, PROTECTING yourself makes sense.

Should we try to win abusers back? Go to counseling to ask ourselves how to improve to make an abuser love us? Share our feelings? Open our wallets and our hearts? NO. But sadly, that’s all the crappy advice out there when you’ve been chumped.

He is very invested in mindfucking you, so that you don’t wake up and realize the considerable power you have over him now. He’s also scared shitless that he’s lost control — over you and the narrative.

He also told me that if I report his affair, he would have no choice than to be with the OW.

He chose to fuck the OW and continue. He’s acted with full agency. You don’t MAKE him cheat — either with your fictitious inadequacies or by talking. He’s blameshifting.

But worse, he’s weaponizing your very real fear of being abandoned as a vulnerable military wife. This outcome you dread? It’s all your fault. You brought it upon yourself for getting uppity.

He’s written himself out of the equation. See the mindfuck? The only accountable person is you. All Bad Things you do to yourself. He fucks another woman? You drove him to it. He loses his job? It’s all your fault for telling.

He’s trying to colonize your mind. If he manages that, he won’t have to work so hard at controlling you, because you’ll stay in place quite nicely on your own.

The fears and the threats are real, however. He may well abandon and he’s absolutely continuing to fuck around. But you don’t control it. He just wants you to think you do.

My husband told me that OW’s husband is suicidal and has been neglectful of OW and their children.

Your husband also doesn’t want you to have allies. Boy, it would be a real shame if you told the other chump. Gosh, he might even KILL HIMSELF. And that would all be on your conscience, wouldn’t it? Oh, and while we’re spreading the bullshit around, I think you should feel sorry for the woman who is fucking your husband. The poor boo.

Take all of this with a small boulder of salt. It’s very common for cheaters to tell chumps that everyone in their complicated love rhombuses is unhinged and scary — and the only thing that sets them off, apparently, is you talking to them. They’re like little improvised explosive devices littered on the roadway to WTF Is Going On. So, ask at your peril!

Gee, you have power. I want you to USE it. Protect yourself and your kids, and in time to tell the other chump. Get a lawyer, someone experienced in military law. You have a whole host of considerations when extracting yourself from this nightmare that require specialized help. But I bet many at CN have lived this and divorced military cheaters. I’ll let them weigh in.

I’ll speak to the universality of your chump experience. First, the thing that is wonderful about you — your dedication to your family, and your sacrifice to our country, being a military wife — he’s used against you. He fucks around with impunity knowing that your loyalty and your very real insecurity at having to move to new station postings keeps you vulnerable. Keeps him in cake. That’s despicable. Your values are beautiful. Don’t internalize his rejection. He shat on your gifts.

This is not your shame. You may need to be strategic in the beginning about disclosure (again, talk to a legal professional), but once you’re past that? Sing like a bird.

Third, your husband will cycle through the mindfuck channels — rage, self-pity, and charm. Those threats he’s making are rage. Then he’s going to tell you how hard this all is on HIM. He’ll get in trouble with his CO. The OW has a sadz. Woe! And then he’ll try his creepy-ass charm and deign to go to counseling with you, to see if maybe, just maybe, he can love poor imperfect you. (Dance! Dance!) He’ll remind you that gosh, you had those good years and those beautiful kids, maybe you can make it work?

And you’ll be so racked with grief and fear, that you might reach out for that unicorn mirage…

He’s the man who threatened you. Who weaponized your decency. Who gets off on your vulnerability and blames you for it.

Talk to a lawyer.

Previous article: Bitter Bunny Dating?
Next article: Dear Chump Lady, How do I stop comparing myself to the OW?