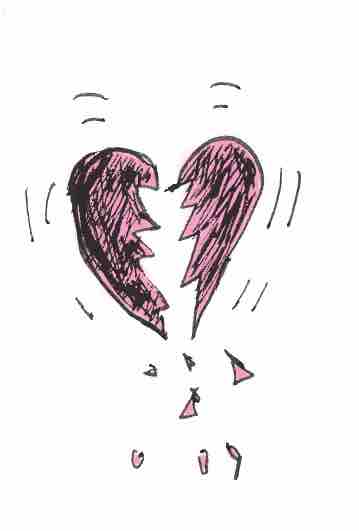 I’m not sure it’s possible to get through this nightmare of truth-trickling and gaslighting without picking up a maladaptive strategy or two. But I am really really ready to put them down now.

From raking him about his movements to stalking his social media, I am starting to resemble the Eight Signs of Domestic Violence. Me. I don’t know how much of this will vanish when he finally does; but this is not anything like I am, and it is certainly not who I want to end up being.

I’ve scoured the Internet for pathways to get beyond these scary behaviors, but my dear friend Google has let me down. No matter how I phrase it, I still end up striking out.

Thanks, but I don’t need any distress tolerance building at the moment; I want to make sure that no one is distressed by me. Strike One. And my toxic tendencies are born of fear, not entitlement. So, while it’s excellent advice in general, being told to “Get out. Get out now!” is pointless; I can’t get away from me. Two. Well, maybe I am a toxic person? Huh, not even a little bit. And there goes the ballgame.

Abuse hurts, and I would never want to make someone suffer. No one who knows suffering ever could. So why is it so hard to find advice for someone who wants to and is capable of making it stop?

* Ex husband is on his way to be permanently out. *sigh* Yay for co-parenting!

* Have great mental health support: amazing therapist and med prescriber; even one-on-ones with kids’ provider. It’s just there are like 10,000 DBT work sheets and cycles of violence illustrations, but not this?

Hi. I would like to introduce you to this great big Wall Of Pain.

Please note that it looks sky-high and insurmountable. It’s made of reinforced concrete and when you run into it, you will concuss yourself. Become intimately familiar with this wall, because you’ll be running into it frequently. Get to know it. Understand its contours. It’s motherfucking illusion of permanence. The shadow it casts. Step into the shadow.

Put down that self-help book you’re reading “A Field Guide to Splendid Cheaters.” I know it’s riveting. You’re probably at chapter 12 by now, waiting for the pay off — AND THIS EXPLAINS EVERYTHING. But it never comes. Maybe if you buy the next volume set. That should keep you busy.

And that social media stalking habit. How could you possibly have time for the giant Wall Of Pain when you haven’t cracked the code to the OW’s Pinterest page yet. She posted a recipe for chicken broccoli casserole. What could it mean? He hates broccoli. Are they still an item? Is she passive-aggressive?

STOP IT. The Giant Wall Of Pain is waiting for you.

I don’t know what you’re talking about, Tracy. I’m absolutely miserable. What Wall Of Pain? There’s worse out there?

Everything you’re doing — engaging with him (trickle-truth? No, we call that “lying to your face”), stalking his social media, “raking him about his movements” — is you trying to control the uncontrollable — him. AND it’s you trying very desperately to avoid acceptance that he sucks. That this dream is dead. That there is a huge Wall Of Pain looming over you.

So you bargain with it. Demand explanations. Create rituals of hypervigilance (I’ll GPS his car!) to keep the terror at bay. You offer little sacrifices. Like your self-esteem and your needs. But still the Wall is waiting for you.

I’m asking you to fight the wall, and put him down. The wall only looks insurmountable. It’s not. I won’t lie, it’s a formidable opponent. Grief will drive you to your knees, but you will survive it. And after a few head butts (or 1700), the wall cracks, and eventually crumbles.

You’ll stand there in the ruins of your former life, covered in ash and dust and think “God, this place is a mess.” And you’ll step over into a sunnier field. No idea what’s ahead, but it’s not a ruin.

Your fuckwit may try to drag you back to Armageddon. Don’t you want to ask me some questions? He’ll miss your pick me dance and his centrality. He hates to see you in sunshine.

Previous article: The Futility of Confronting Affair Partners
Next article: Dear Chump Lady, How did he turn into a douche?