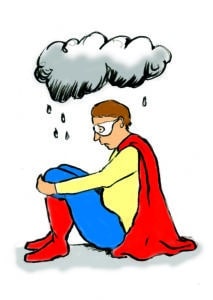 I’ve been reading your posts for the past three years understanding and yet ignoring all of your sage advice till just recently. Love is not only blind, it’s deaf, dumb, and stupid as well. I discovered 5 of my wife’s affairs in 2016. After a psychotic break and several suicide attempts back then, I somehow convinced myself that her contrition was sincere and believed her when she said, she’d spend “the rest of her life making it up to me.” Her sex addiction explanation was compelling and believable to a desperate spouse terrified of being single again in his 50s and not wanting to shatter his son’s sense of security and normalcy.

Back to the present. After 3 years without sex or any real intimacy, (I often wondered when the “making it up to me” was going to start), while looking for a Q-Tip last month, I opened a drawer and found a partial tube of vaginal estrogen cream purchased just months ago. I then understood that nothing had changed at all and that I had been the perfect stooge all along.

Three weeks later, I’m doing the nomad thing going from couch to couch till i can get my own digs. I’m sad, I’m depressed, I’m afraid, but mostly I’m angry. At her for being such a malignant narcissist who used me for the duration of our 15 year marriage, (she invited one of her lovers to our wedding I discovered!!) But mostly I was angry with me for burying my head in the sand and wish thinking for so long when I could have been living life. Serial cheaters don’t change. Don’t let your other followers waste the years that I did hoping beyond hope that they can.

Each day is a little bit better now. The best wisdom I’ve received this past month was from a divorced friend distilled into one sentence. “It sucks getting divorced, but its great being divorced”. I hope to soon find this to be the case.

She’s about to Make It Up To You by exiting your life. Not to say she’ll go easy (fuckwits usually don’t), but you will get your freedom. And may she live happily ever after with her partial tube of vaginal cream.

Please don’t beat yourself up.

I somehow convinced myself that her contrition was sincere

Skepticism isn’t the out-of-the-gate response with someone you’ve spent over a decade loving and trusting. Wanting to believe is normal. Your heart was blown apart by these revelations, and you projected what YOU would do, how YOU would behave — Fish Doctor would be sorry. You assumed that breakdown was for you, not her.

It’s very difficult — and painful — to change long-held assumptions, like “trust wife.” Brain science says it’s “cognitively costly” — so changing course and doing the sorts of things I advise here — go into self-protection mode, be guarded — don’t feel natural. What feels right is stopping the pain, and if she says she’s sorry and going to do “everything” to stop your pain? Of course you’re going to jump on that like a starving Labrador attacks a steak.

I’m sad, I’m depressed, I’m afraid, but mostly I’m angry. At her for being such a malignant narcissist who used me for the duration of our 15 year marriage,

T.H. White, in The Once and Future King wrote:

“The best thing for being sad,” replied Merlin, beginning to puff and blow, “is to learn something. That’s the only thing that never fails. You may grow old and trembling in your anatomies, you may lie awake at night listening to the disorder of your veins, you may miss your only love, you may see the world about you devastated by evil lunatics, or know your honour trampled in the sewers of baser minds. There is only one thing for it then — to learn. Learn why the world wags and what wags it. That is the only thing which the mind can never exhaust, never alienate, never be tortured by, never fear or distrust, and never dream of regretting. Learning is the only thing for you. Look what a lot of things there are to learn.”

Learn how narcissists wag and why you wag. Discover reciprocity in your relationships. Value the people who value you — who demonstrate it.

she invited one of her lovers to our wedding I discovered!!

Me too. I paid the bar tab for one of the Other Women. We should form a chump conga line.

Serial cheaters don’t change. Don’t let your other followers waste the years that I did hoping beyond hope that they can.

It really doesn’t matter if they change or don’t change. There’s you and what you’ll tolerate. YOU can change. You can learn from this sucktacular, unjust situation and launch yourself into a new life. You control that. The ways of fuckwits, not so much.

Look what a lot of things there are to learn.

Previous article: The Unlikelihood of Immediate Remorse
Next article: Dear Chump Lady, What’s wrong with me?