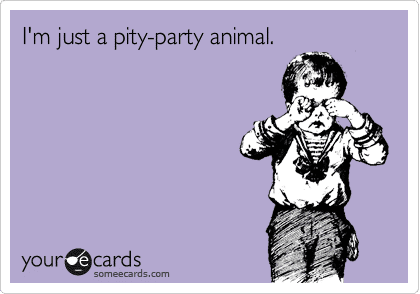 My ex-wife cheated many times and finally moved in with her affair partner 6 years ago. Our divorce was final 2 1/2 years ago. We were together for 25 years (married for 8) and raised two children (well, I raised them and she showed up from time to time). We were a same sex couple and I gave birth to both kids.

I have been No Contact with my ex for several years now. Our son is getting married next June and I am throwing a lavish engagement party for him and his fiancé in August (he is my only son). I am planning everything and paying for the whole event. I have invited all my family members including extended family, friends and anyone else I can think to invite.

My son said he would like me to invite my ex to the party. I told him she was not invited as I have no desire to see her (plus she will totally ruin my fun). This engagement party came about because my son said I cannot invite people to the wedding (they have a strict list of 100 people), but I could have a separate gathering of my choosing. Since I am hosting the party, I get to make the guest list.

My daughter told me today my ex is upset that she is excluded from the party. She wants to feel included in all the wedding planning and feels this is part of the wedding festivities. She apparently thinks we should be amicable for special once-in-a-lifetime events that affect our kids.

Mind you, she is hosting a bridal shower at her house with the bride’s mom and I was not invited. I am hosting my own bridal shower by taking my mom, sisters, niece and daughter to NYC to spend time with my future daughter-in-law (that is where they currently live). Never in a million years would I want to be invited to her bridal shower in the new house I paid for through the divorce settlement (and alimony) that she moved her affair partner into!

I am being portrayed as the villain once again as that is her typical MO (she is the ultimate blame shifter and never takes responsibility for her choices and decisions). My daughter thinks I am being vindictive by not inviting her and wants us all to just get along. She says I should put this all behind, forgive her and move on. Apparently that means including her in family things that I plan (and pay for) that include my adult children.

I explained to my daughter that my ex should have thought through all the possible ramifications before she blew up our family. She could have just left, filed for divorce and then started dating. She chose a different path. She made her choice, now I get to make mine. I did the Pick Me Dance for a couple of years and my ex enjoyed every minute of it. She kept me close enough to get her daily kibble fix, until I finally had enough. I am 100% no contact with her and she doesn’t like it. She puts the kids in the middle and has a pity party.

So my question is — am I being unreasonable by not including her in the wedding festivities? Should I take the high road in this instance for the sake of the kids (they are 28 and 26)? I absolutely do not want to be with her anymore and have zero desire to even see her. She and her affair partner are invited to the wedding, so I will have eat that shit sandwich. She is telling my daughter she doesn’t want to come to the wedding because she is being excluded from other things. I think that is horrible to say to your daughter, especially knowing it will get back to our son. That is her typical pattern of manipulation, making herself out to be a victim. (Our daughter’s birthday was last week. She didn’t get her a present or a card and told her it was because she didn’t get her anything on her birthday, so she didn’t think they were doing that anymore).

I am the sane parent and I care what my children think of me. I really don’t want them to think I am being a jerk to their other mother and would like them to see things from my perspective. Should I invite her? I am curious as to your opinion.

My opinion is — your party, your guest list. If your son accepts a lavish engagement party, he must accept your guest list. After all, you are accepting HIS guest list to his wedding — you don’t get to invite anyone.

Divorce means you aren’t family any more. That’s the reality. The reality doesn’t change on special occasions. It’s not Brigadoon — Happy Intact Family doesn’t appear in the mist and then retreat for 200 years. Your ex shat on her family, and she doesn’t get it back for photo ops.

Some may think that’s churlish, but I think there are plenty of classy ways to celebrate your child’s nuptials that don’t include having your ex and her affair partner at your private party.

My daughter told me today my ex is upset that she is excluded from the party.

Tell your daughter that your ex-wife’s upset is not your concern. You are the mom FORMERLY known as Chump. You may have pick me danced before, but you don’t pick me dance now. Your ex-wife’s “hurt feelings” are as relevant to your life as drunk Aunt Martha’s disapproval of the floral arrangements.

She wants to feel included in all the wedding planning and feels this is part of the wedding festivities.

And people in hell want a cool drink of water.

She may want and feel things, that doesn’t mean you’re obliged to give them to her. It’s not spite, it’s a boundary.

Also, you’re paying for this party and where I come from anyway, that matters. When I first got married (young and stupid), my grandmother sat me down and said “Tracy, when your mother got married, I said ‘Jeri, I’m paying for this and you’ll do it my way. And your mother has waited 25 years to have the wedding she’s always wanted. So, you’re doing it HER way.'”

Okay… maybe that’s a little dysfunctional. But my grandmother had a point. You want an opinion? Pay for it yourself.

My daughter thinks I am being vindictive by not inviting her and wants us all to just get along.

Does your daughter think your ex is vindictive by not inviting you to the party she’s throwing?

I’m channeling my grandmother here — is your daughter paying for this? What she thinks doesn’t matter. If she’s that offended, she can turn down a trip to NYC.

Everyone sounds more than a bit spoiled here. Your only obligation, as I see it, is to be graciously present at your son’s wedding. To not shriek, or publicly snub, or vomit on anyone’s shoes. But show up with your game face at the wedding and beam with happiness at your son’s joy. That’s IT. Paying the bar tab for your ex and her girlfriend? NOT REQUIRED.

She says I should put this all behind, forgive her and move on.

You don’t need to defend yourself to your daughter. You had a boundary. Enforce it, she doesn’t have to like it.

You HAVE put this all behind you — you’re divorced from your ex. Forgiveness — whatever that looks like to you — is NONE of your daughter’s business. And “moving on” does not mean feigning friendship with an abusive ex. It means gaining a life.

It sounds like your daughter has some Conscious Uncoupling idea of what divorced life should look like. That’s nice. My mom has an idea about what I should look like. (Better hair, thinner, with lipstick.) Tragically, we do not get the family we ordered. All those ideal family members are on back order. Let me know when they come in. I have a son who is a libertarian.

She is telling my daughter she doesn’t want to come to the wedding because she is being excluded from other things.

(I seriously doubt that would happen, because wedding drama kibbles are the best kibbles there are, plus ice swans. She won’t want to miss it.)

She’s triangulating with your daughter… and whatever. You have a boundary.

If it makes you feel any better, I ran this scenario past my friend Jennifer Lindberg who is a fabulous Austin wedding photographer. (Like, she gets in Martha Stewart and Town and Country… she’s super amazing, and if you want to look like a million bucks, call her). She’s been to a bazillion weddings and the separate party thing, separate wedding portraits is totally the NORM among divorced parents of a marrying couple.

“Sometimes the kids insist on taking a picture with the parents together — and the parents look miserable.”

It makes for bad wedding pictures — and bad parties.