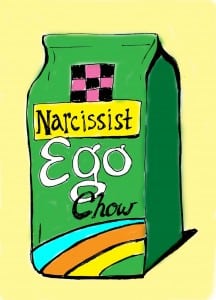 A little miracle happened Friday night — and I wanted to post and say thank you to Chump Nation.

I came home from work, went through the stack of mail, and found a letter that looked rather ominously official. It was from the literary agency that represents my book — Leave a Cheater, Gain a Life.

Inside was a check.

You could’ve knocked me over with a stick. I EARNED OUT MY ADVANCE.

For anyone unfamiliar with the crazy world of publishing, most authors never see anything from their books beyond the advance. (That’s the upfront money the publisher pays to the author, of which the agent takes 15 percent.)

According to that NYT story I just linked to — 7 out of 10 authors never earn out their advances. (I’ve read other articles stating the percentages are even more grim for first-time authors.)

I got a pretty nice advance for LACGAL ($45K, over three years ago) — but to pay it back, I’d have to move a LOT of books. How many? I don’t know, the accounting is completely baffling. I think I’m paying it back at a rate of about a buck a book. (It depends — ebook, print book, mass paperback…) I’d have to dust off my contract — I believe it’s 7 percent of net profits of the publisher (so half what you paid for it retail — if you bought it for $9.99 on Amazon, I get 7 percent of $4.98).

Anywho, Chump Nation, A LOT OF BOOKS SOLD. Like, more than 10,000 — which is a benchmark of success in publishing.

THANK YOU. This is entirely all your doing. LACGAL is hustled on this blog and by word of mouth. The publisher Running Press is a smaller imprint of Hachette. I did not get a PR budget and a book tour. No one was hosting tea parties and inviting me to their author soirees. (And really, why would they? Hi, I’m here to talk about sociopaths! really casts a pall over the scones.)

I’m so proud of the book, but CN, it’s a miracle it was published. Eff-bombs aside — it’s a bastard child of genres. Is it self-help? Is it humor? There are cartoons? WTF? 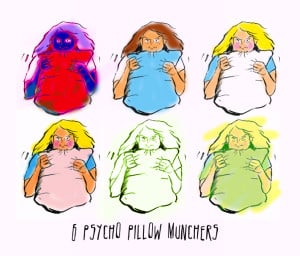 Thank the sweet Lord Jesus I can draw, because the agent who picked it up is a cartoonists’ agent and the cartoons sold it. Not the message. (I read the rejection notes from the publishers. “What is a ‘Chump Lady’ and how could anyone relate to this?”)

I was not able to sell the book to an agent or traditional publisher AT ALL until I did two things:

What? There’s a market for self-respect and spitting out shit sandwiches? Why yes there is.

That self-published book went #1 on Amazon in divorce the first day it was for sale.

Coincidentally, I also happened to be in Austin at a writer’s conference that day. (I met my agent there.) Mr. CL sent me a screen shot with the news. I was later signed.

Any one of these things could result in failure.

Fortunately, I’m a chump, because rejection is my superpower.

The royalty check was a happy, validating surprise. What’s better is knowing that the message is out there, and the book helps people. That there’s an alternative message to the Reconciliation Industrial Complex. (aka: Look pretty and try harder to win back an abuser.)

Every day chumps write to me about their flaming hoops and improbable triumphs. I once flew to the other side of the world and met a dentist from Brisbane who whispered in my ear: “Your book saved my life.”

THAT is a dividend.

Thank you so much.

Previous article: Therapy Fails?
Next article: Dear Chump Lady, Is she a cheater or a muse?