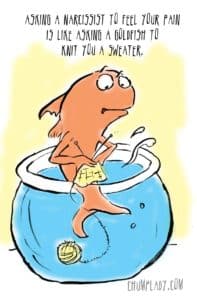 Sometimes you need a good example of a bad example. After you’ve been cheated on, a lot of the advice out there is atrocious, like don’t decide anything for six months to a year.

If I could wave my magic chump wand and eradicate one bit of post-infidelity stupid that would be it. Do you need 6 months to find your deal breakers? Cancel your credit cards? Consult a lawyer?

Are we to assume that people who’ve harmed us will remain in stasis, just utterly benign? Never move money or lie about their motives?

This blog began as trial-tested results of what NOT to do. A chump compendiary of collective wisdom, flubbed by millions. (Yes! Millions!)

Your Friday Challenge is to tell CN the WORST advice you got, why it was lousy, and who gave it to you. Save the newbies some grief.

Previous article: When They Cheat in Your Home
Next article: ‘None of My Choices Are Acceptable’