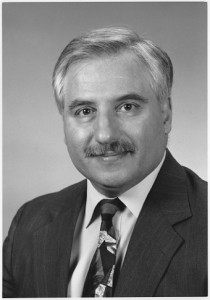 Chump Lady is very honored to interview Dr. George Simon, author of “In Sheep’s Clothing: Understanding and Dealing with Manipulative People” and his new book “Character Disturbance.” (See both for sale in the right hand corner Amazon box). Dr. George Simon is a leading expert on manipulators and other disturbed characters and has studied character disturbance for over thirty years. This makes him a go-to read if you’re dealing with infidelity.

For more about Dr. Simon, check out his excellent blog http://www.manipulative-people.com/

CL: I really enjoyed your books. Before I read your work, I had read several books on narcissistic personality disorder and what rang false to me, based on my personal experience, was that narcissists have low self-esteem or can’t deal with shame. Your books were so refreshing by contrast — as you argue some people are disordered, that it’s an issue of character, and that traditional therapeutic strategies aren’t very effective.

Can you speak a bit about your practice, and your experience dealing with disordered people? Are they compensating?
GS: In both my books, I try and make the distinction between people who are for the most part “neurotic” and people who are character disturbed. It’s a continuum. On the one end, we have people who in the past would have been labeled “neurotic.” These are folks who are struggling with anxieties and insecurities that are largely unconscious to them. They have “issues” that they never fully resolved. These issues cause them anxiety. Sometimes they “compensate” for underlying insecurities and they really don’t know they’re doing it. And there’s always some symptom that goes with the anxiety accompanying their neurosis —  fingernail biting, difficulty meeting people, or establishing relationships, for example.
On the other end of the spectrum, we have folks who are more disturbed in character  — and frankly, they’re not very neurotic at all. And they lack the anxiety neurotics have.  And what’s happened in our times is that most neurotics are not pathologically dysfunctional anyway. They’re just hung up and fretful enough to have qualms about things and make society work. They’re very functional people, generally. They do not have the kind of maladies that afflicted people in the Victorian era, when Freud came up with his theories. Back then people had bizarre maladies that couldn’t be explained. This extreme neurosis is what psychologists use to treat. From that, they came to some conclusions about what makes people tick and the role of neurosis in people’s mental health.
These old models are still with us. Change is slow.  Many, including therapists, still adopt traditional points of view — so when presented with someone with a character disorder, they’ll say to themselves that person is compensating for something — that deep below they must have low self-esteem or insecurities they’re struggling with.

If someone takes this approach, the character disordered person isn’t going to get much help — and it’s not likely they’re going to get any better.

GS: This research is in its infancy. We just don’t know. Some folks seem to have empathy deficits built into their wiring. There is something wrong, but we don’t know enough yet. We really don’t. Just because the brains of psychopaths work differently when you study them doesn’t necessarily mean those brains were different from birth.  The degree of empathy deficiency and the degree to which it is strictly part of the programming versus a developmental issue [is unclear].

Psychology has trends. Psychopathy is an old concept from several decades ago and it fell into disfavor, but now it’s back in the mainstream media because of the work by Dr. Robert Hare and his colleagues.  One important point I make in my book “Character Disturbance” is that there is a vast spectrum of character disturbance, and psychopathy and sociopathy are some real severe manifestations of it. But frankly there are many more folks who have certain traits and characteristics that make them problematic characters and I would not go so far as to say they are full blown sociopaths. To say they are simply endowed by nature with some deficits that are totally insurmountable and can’t be changed? We don’t know enough to say that. And there is too much variability there. There is a continuum.
At least now we’re at least taking a serious look at [character disturbance]. We are finally getting away from the old formulations about people’s unconscious fears, their “neurosis,” the notion that that metaphor alone was adequate to explain everybody. It’s not. It’s explains the smallest subset of people — and it doesn’t even do that great of a job explaining them.
For more about Dr. Simon, check out  http://www.manipulative-people.com/
Support Me On Patreon!

Previous article: Untangling the Skein of Fuckupedness
Next article: Dear Chump Lady, Why do cheaters get married?