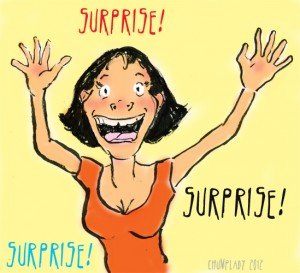 I found your website recently and I have to say it has totally changed my thinking. I was stuck in a situation of cake eating and now I realise I shouldn’t be and should never have given him this opportunity to feed his ego. I would love to tell you my story, but it’s so long.

I’m new here, but has anyone been in the situation where the OW is Chinese? The affair occurred in China, but she won’t go away as she wants the lifestyle a Western guy can offer. It’s a status symbol for her. She’s 35 and divorced with a child who is being brought up by her in-laws, which is very normal in China. My husband is 50. Chinese guys don’t want divorced women with kids, so the only option she has is a Western guy, namely my husband. All she wants is to marry a Western guy and for her and her family to be kept for the rest of their lives by my husband’s salary.

Has anyone been in this position? Would love to hear from you if you have.

I suggest you see a lawyer. Like yesterday. If your husband has been conducting an affair with this Asian twinkie while married to you, it’s not just his salary she’s after — it’s your marital assets. Whatever you have together, his salary, your salary (if you have one), your home, your retirement — is what he is presenting as “his.” You’ve apparently bought into that nonsense. Time to start protecting your investments — not your husband. Lawyer up!

Next step, stop seeing this from the OW’s point of view. She wants a Western husband? People in hell want a cold drink of water. There are 1.354 BILLION people in China. She can’t find a single boyfriend? Seriously? Who told you that sad story — your husband? How noble of him, helping the poor single mom. He’s just trying to better her lot in life! At your expense, of course.

You need to shut this shit down, Lilypicke. Apparently, you have geography on your side. Unless your husband permanently resides in China, he’s doing one hell of a long-distance cake fest. I’m not sure how he could import her if he’s not marrying her. Unless he has asked you to step aside so he can marry this nitwit, I’d assume he’d like to maintain cake indefinitely. He’s enjoying the power and centrality.

There’s a real trade imbalance with China, Lilypicke, so my advice to you is to export him directly to her in China. They send us tainted baby formula, we send them your cheating husband. Seems like a fair swap to me.

You think I’m joking. I’m not really. The solution here is to step away and let them have each other, AFTER you see a kick ass divorce attorney. The problem isn’t an Asian gold digger. The problem is your husband. The world — especially the developing world — is full of sad, desperate cases. Russian mail order brides, Thai prostitutes, Chinese single mothers. And the world is also full of opportunistic, delusional men (sorry guys, it’s mostly men) — who will play knight in shining armor/sex tourist to their poor waif.

Who wants to be married to such a wing nut? Not you, I hope Lilypicke. I hope you’re not fighting her over that salary — because you sure as hell aren’t fighting her for the wonderfulness that is your husband. He’s not wonderful — he’s a total asshole to do this to you. Dump him!

Can you imagine how delightful his life is going to be after a divorce settlement supporting a foreign national with a kid? Not to mention the mortification factor of introducing such a person as his wife.

Step away from the pick me dance and let them have each other.

Previous article: Don’t Be a Chump, Be a Hell Raiser
Next article: Dear Chump Lady, He wants to be FRIENDS?