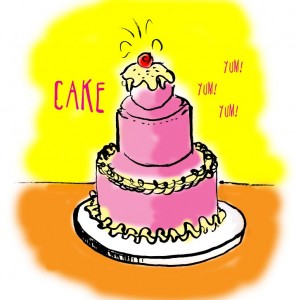 I’m a married man and 51 years young, not too happy with my life at home at times. Last year I met a beautiful woman. She’s smart, funny, a great mother to her three kids and I must say super sexy, and who I totally fell in love with.

She is going though a divorce and was married to friend of mine for just about 25 years. We have been talking for a long time, she tells me stories about her life and I do the same. We do see each other in social gatherings and never alone (BUT I WOULD LOVE TO SEE HER OUTSIDE OF OUR GROUP OF FRIENDS). Nothing has happened between us in a sexual manner. She is everything and more I’ve been looking for in a lady and a lady she is.

Why is it that such a good women needs to deal with a divorce? I hate that she is dealing with this and would do anything, yes anything, to make her happy and help her though this. Am I wrong for feeling this way about this woman? I cannot help but think about her and wish it could turn into something more. She tells me that can’t happen and I obey by her wishes.

I’m a good man, hard working, and a great provider to my family. I just can’t deal with some of the things that happen here at home. I give and give and do everything for my wife, but don’t feel appreciated for all I do…. How does one deal with this? My lady friend shows me appreciation more in the short time that I’ve know her then I’ve received from the women I’ve been with for more than 22 years. It’s frustrating and I can’t understand it. I try and try with conversation to let her know my frustration, but she just doesn’t get it.

Is it so wrong for me to have these feelings for such a wonderful woman who I deeply care for?

Is it wrong to have feelings? No. We feel what we feel. It’s what we do about our feelings — through our actions and our consideration of others — that determines our character.

Don’t be a douchebag, Michael. You’re having an emotional affair with this woman, which is bad enough, don’t take it further. You wrote to me, Chump Lady, whose potty mouth and dim view of cheaters are on full display. So I can only assume you want me to bitchslap some sense into you.

How does one deal with this?

One gets a divorce, Mike. Or one commits to one’s marriage. There’s no middle path for decent people. The middle path is cake — the carbohydrate life force of cheaters. Having it both ways — the kibbles from your schmoopie, and the comforts (and lack of financial consequences) at home. You get to live in a fantasy world where you’re a shining knight comforting a Lady in Distress, who goes home to his dungeon of No Appreciation, where he works tirelessly to provide for his Ungrateful Kingdom.

“My wife doesn’t appreciate me” is the oldest cheater line in the book, Michael. You’ve trumped up some nice justifications there for your emotional affair with your friend’s soon-to-be-ex.

Speaking of your friend — doesn’t it skeeve you out in the least to be sharing emotional intimacies with your friend’s WIFE? You’re betraying your friend! But let me guess, she’s told you things about him that make him out to be a real jerk, and that’s why they’re divorcing. Maybe he is a jerk, Michael, maybe he’s not. But whatever is going on in their marriage is not made better by your emotional affair.

Here’s the thing with appreciation — it’s hard to appreciate someone when they’re diverting the best of themselves elsewhere.

You might argue it’s a chicken and egg thing — I had to divert my attentions to an affair because I wasn’t appreciated. But see it from the other side — your wife doesn’t appreciate you because you’re having an affair. Your head is turned by this other woman. Instead of appreciating her, and the life and children she gives you, you’re looking for an escape. It’s hard to appreciate people who don’t value or respect us.

Appreciate me! is what cheaters say to goad chumps into doing the pick me dance. Try harder to win me!

But what are they winning? A guy who is checked out with another woman. No one can compete with a fantasy, Michael. And this woman is a fantasy.

It’s easy for her to appreciate you — she doesn’t have to live with you. She’s got no real world entanglements with you. You’re kibbles to her. A shoulder to cry on, the attention she craves. And from what you say, she only wants you for kibbles. She doesn’t want to take it further. So, face it Michael, you’re good kibbles, but you aren’t GREAT kibbles. She’ll soon be a single mother with three kids, I’m sure she’ll have her pick of men in the dating world…(snort). Whatever her issues, (maybe she’s got enough sense to not get involved further with you?), she’s not interested.

But you still feel unappreciated. And she gets that. Okay, what do we do with that?

How bad IS it really, Michael? How badly do you want out of your marriage? Did it only seem unbearable once she came on the scene? Have you always felt unappreciated? Perhaps you’re truly in a dreadful marriage. I’ve been in a dreadful marriage and I know how it feels to have friends who see me for my better self. It was a wake-up call. A sense that, wow, there are people out there who really value me, and like those things I like about myself. I forgot who I was in this marriage.

This is valuable information, Michael. I’m not going to beat you up for those feelings. But you need to parse them out before you act. If your marriage is truly unloving and you’ve done everything you could to save it — which I don’t think you have Michael — it requires more than a couple lame conversations, and it requires ending your affair — then end your marriage honestly. That’s painful. It will hurt you, your wife, and your kids. But it will be honest, and you’ll hurt them a lot LESS than if you continue to cheat.

But something tells me that when faced with the reality of those painful consequences, you’ll decide it’s not that unbearable. I mean, why leave a marriage without the safety net of a new schmoopie love?

She is everything and more I’ve been looking for in a lady and a lady she is.