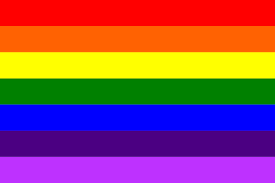 “No union is more profound than marriage, for it embodies the highest ideals of love, fidelity, devotion, sacrifice, and family. In forming a marital union, two people become something greater than once they were. As some of the petitioners in these cases demonstrate, marriage embodies a love that may endure even past death. It would misunderstand these men and women to say they disrespect the idea of marriage. Their plea is that they do respect it, respect it so deeply that they seek to find its fulfillment for themselves. Their hope is not to be condemned to live in loneliness, excluded from one of civilization’s oldest institutions. They ask for equal dignity in the eyes of the law. The Constitution grants them that right.”

Supreme Court justice Anthony Kennedy wrote those words in the final paragraph of the court’s decision to legalize gay marriage in the United States. It is so ordered.

I’ve spent Friday in a perpetual state of weepiness. Moved by gay men and women embracing on the courthouse steps, waving rainbow banners. It is the great civil rights victory of our generation.

And to think that the United States vs. Windsor and Obergefell v. Hodges were about two long-married couples who simply wanted rights of survivorship after the death of their loved ones.

I recently went to a funeral of a dear woman, Liz, from our small-town Texas church. Liz was a dynamo of social activism. Habitat for Humanity, Girl Scouts, the Democratic Party, church acolytes, Meals on Wheels. She was a retired gym teacher from a small East Texas town. She looked like a nun, practical, intelligent, no-frills.

She also looked like a lesbian. I never knew she was a gym teacher until the service. Oh, that fits, I thought, indulging in the stereotype.

I sat through that entire service waiting for some acknowledgement of some significant relationship in her life that wasn’t the Democratic Party. No one in her family got up to speak. At first we were told they weren’t sticking around for the luncheon afterwards. (They had to get back to Houston. Who has to get back to Houston? Why?) The church provided sandwiches anyway. Fuck ’em.

But no one said anything about a partner.

I read in the program, nestled between various details, that Liz “shared a farm with a dear friend.” An unnamed friend.

Liz’s ashes are interred in the church garden. Above her remains is a brass plaque with her name. And etched above her name is another name. Pris Martin, died 2006.

Pris exists on Liz’s gravestone and I’d like to thank the good soul who managed that. Probably our pastor, a primitive Episcopalian who believes in Jesus as our personal Lord and Savior and makes us sing Hank Williams “hymns.” Who is a mishmash of tolerance and conservatism of the kind that is peculiar to the deep South. I don’t think he cared that Liz was gay. But he didn’t mention it, either.

God, for a world we can mention it. Where loving the same gender as yourself is normal, and your family sticks around for sandwiches after your funeral.

John and I started our fight for a simple reason: We wanted the State of Ohio to recognize our lawful Maryland marriage on John’s impending death certificate. We wanted respect and dignity for our 20-year relationship, and as he lay dying of ALS, John had the right to know his last official record as a person would be accurate. We wanted to live up to the promises we made to love, honor, and protect each other as a committed and lawfully married couple.

Two decent men fighting for the right to honor and protect each other, who aspire to the highest “ideals of love” — marriage.

What an odd disconnect that at this time, when our news feeds are full of domestic LGBT partnerships — people engaged in ordinary cooking, cohabitation, and raising children — that we also suffer from a zeitgeist of narcissism. How often do we hear monogamy is “unnatural” and marriage is outdated? Esther Perel would release us from the shackles of “mating in captivity.” Marriage is a cage. A joke. Here’s an open marriage app. Trade up! Shop! Discard!

It takes a civil rights struggle to remind us that marriage is something to aspire to. That marriage is noble and human. That to deny a person the right to cherish another in marriage is unjust. Every cheating straight son-of-a-bitch should be ashamed when they consider Jim Obergefell’s devotion to John Arthur. Cheaters don’t just shit on their own marriages, they cheapen what marriage is, period.

Today we are reminded of just how beautiful marriage is. Thank you to the brave men and women who made this day possible. You are more than “dear friends,” you are spouses.