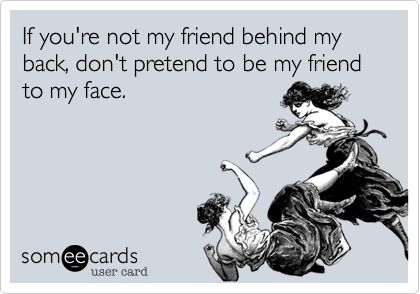 I was wondering if you could write an article on ways to take your power back? I’m guilty of giving my recent ex kibbles even when I try not to. I wish I could go no contact with him entirely but we have a young child together. He keeps treating me like everything is okay and that we can be friends. He even had the audacity to ask me to pick him up from the hospital after a surgery he had. Sadly, I did this and now I’m kicking myself. I really just need some ideas of “actions” rather than words to show that I’m getting on with it — “Fake it til you make it, right?”

When your cheating ex calls to be picked up from the hospital after surgery, here’s the action:

Here are the words:

“Hey, why don’t you call your fuck buddy? I’m sure she’d be delighted to give you a lift and hear the details of your colonoscopy.”

“The volunteer service organization formerly known as Your Wife is now under new management. Sorry, but we don’t extend credit.”

How do you take back your power?

1. Trust that he sucks. Once you really internalize who he is, what he did, and why you’re divorced, you’ll see that your ex isn’t your friend — he is just someone who is still trying to extract value from you. Takers take. Are you doing him a favor because you think that will grease the wheels for him to do something for you some day? Don’t. He doesn’t do reciprocity. He doesn’t respect you (his cheating demonstrates that). And you need to find new people to invest in and lean on when it comes time for favors.

Are you doing him a favor because you think by playing nice he’ll treat your young child better? He should treat his child well because he has a responsibility to be a good parent. You don’t control his relationship with your child. You just have to abide by the terms of your custody agreement. “Rides home from surgery” aren’t under your obligations.

2. Consider your values. Chumps tell themselves, well, I gave him a ride to the airport, because That’s Just The Kind of Person I Am! Chumps pride themselves on their chumpiness. The cheater doesn’t have to return the favor, I’m the bigger person here! It’s nice to know we can All Get Along.

Cheaters play you exactly because you have these values. And when you do something that goes against your Nice Code, it feels uncomfortable, and you’ll cave. They’re banking on that.

How about strengthening a new set of values that values yourself? Your time, your resources, your precious love. Why waste those things on a cheating fuckwit? Only people deserving of you get your time. Be choosey. Know your worth.

3. Make a new life. You really are too busy shaving your calluses. If you aren’t busy, get busy. I don’t care if you do the most mundane things — it’s all a start. When your new life fills in, the old life gets eclipsed. The more you keep this jerk central, the less time you have for that new life.

Every time you invest in that new life you are taking back your power. It’s as simple as directing that power from him back to yourself. That’s it.

Previous article: The Compassion Trap
Next article: Dear Chump Lady, Divorce is more than I can deal with