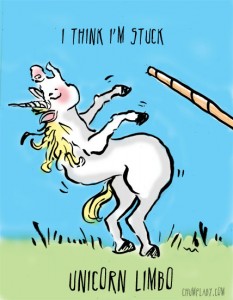 I need your advise desperately. I married at 30, had a fulling marriage for what would have been 30 years this past January, had my husband not had an almost 2-year affair at the 27th year.

I’ve been heartbroken since and have had a really hard time moving on. I still love my husband but I don’t like him much at all because of what he did to us, what he’s done to my world.

I’m 60 years old, and face for the first time a life alone. I have no living family members other than a grown son trying to find his own way at this time in his life.

My issue is, and it’s a biggie for me, I can’t see how in reconciliation how to really make love to my husband again after his junk has been with the other woman in our marriage. I asked him if it ever occurred to him that I just might not ever want his penis inside me again?

How to lay in his arms again, after he’s been with another?? Her in my place?? How to be there sexually with him again??

The way I see it, its a lose/lose for me. I lose the world I never thought I would, and if I choose to walk away because it’s just too hard for me to get past, then I am constantly reminded in my new world of why. I also feel it’s me that is now the one who has the responsibility of the family’s future in my hands.

In your experience, will this world of mine ever get better? It’s been almost 3 years, we have been living separately, but in contact 24/7, he comes into the home a few times a month, checks on things, we sleep in separate bedrooms, and he very, very much wants the marriage to survive. He is doing all the right things though, and the marriage counselor keeps telling me, look, he’s stuck around this long… (Wow!!! Aren’t I lucky?!)

How do you get out of limbo in a marriage after an affair?

My life has been nothing short than pure hell. What’s your take, and how besides feeling like a complete failure do I come to terms with hurting the one I had no intentions of ever hurting?

Marriage? What marriage? You don’t live together. You don’t have sex. You don’t trust him. And you don’t like him very much. You can rake your own leaves and check your own smoke alarm, Susan. Put a bullet in the thing already and be done with it.

Forgive my bluntness, but you’ve been grieving over a dead thing for three years, it’s time to accept that it is dead and move on. Your marriage counselor is a nitwit — “he’s stuck around this long” is NOT repairing his marriage. Barnacles stick around too, but they don’t improve the shipping experience.

Your husband has cake. He doesn’t want to lose cake. Cake is not the same thing as a marriage. Living apart from you, he’s got unfettered access to the OW and anyone else. I sincerely doubt he’s gone three years without sex the way you have. No, this arrangement suits him very nicely. He drops in “a few times a month” — yeah, what woman wouldn’t thrill to that kind of attention?

I assume your husband is also in his 60s. He’s not going to find another Susan with 30 years of husband-care under her belt. Other women are fine for sex and romantic whatevers, but they tend not to want to change your bed pan, or schedule your doctor’s appointments. And by 60, he probably has a pretty nice chunk of retirement savings — why share? Why not just keep you around? He doesn’t really care that you don’t like him much or have sex with him, because he doesn’t divorce you. You’re of use to him. You’re a soft place to land. You’re his once and future caretaker.

Would you prefer the narrative that he sticks around because he feels very guilty, still loves you, and wants to fix this? Yet YOU are the problem, because you just can’t get over it? And YOU are the problem because if you leave it will be YOU breaking up your family? Yeah, I’m sure that’s the narrative he’s selling. Or at least letting you believe, if you’re dreaming that shit up yourself.

My life has been nothing short than pure hell.

Why would you stick around for more hell? Something needs to change here, Susan, and he’s made it clear through this actions it will not be him. It needs to be YOU. Stop focusing on him, and put the focus back on yourself. Dare to imagine a life that is not “pure hell” and dare to imagine a life without him in it.

Your situation is not lose/lose. Thinking it is lose/lose keeps you in limbo. You’ve got a case of learned helplessness because you feel that whatever you do, all outcomes suck equally, so why move at all? It’s time to recognize your agency, that you control your life’s story, and you can write a better ending.

If I choose to walk away because it’s just too hard for me to get past, then I am constantly reminded in my new world of why.

You’ll only think you’re a failure if you allow yourself to think HIS failure is YOUR failure. He cheated. He broke up the marriage. He robbed you of that intact family. You didn’t do this to yourself, it was inflicted upon you. It sucks. We’ve all been there. You only get to control how you respond to this.

You can do as you’re doing — stay in limbo (aka “pure hell”). Or you can divorce him — and enter a new world of possibilities. Personally, I prefer the captain my own ship option. The one where your mental state isn’t depending on what a fucktard does or does not do. Go find out who Susan is, who she was before she was wife and mother, before this whole mess happened. What makes her happy? Go invest in THAT person and listen to her. Cheating was a deal breaker for her. She can’t be intimate with someone who betrayed her. She doesn’t feel safe in her marriage. She wants out. She’s screaming at you to bust a move.

So bust one. I think you’ll find you feel a hell of a lot better after you do.

Previous article: Dear Chump Lady, Why do I think my marriage still has a shot… when it doesn’t?
Next article: All the Good Ones Are Gone