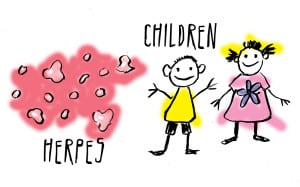 I have been married for almost 17 years, together for 21 years. The first time I caught him cheating it was all online, but included phone sex, cam sex, and lost of graphic instant messaging back and forth — with a woman we both know! The next time I caught him it was from cell phone records that showed lots of long calls to a number I didn’t know, and when I asked, I got the big old “JUST WHAT ARE YOU ACCUSING ME OF? IT’S JUST A FRIEND!” Big overreaction to one question about the phone calls.

He was talking to a ho-worker, they would meet at the bar after work sometimes, exchanged pics of their naked crotches, BUT he never had sex with her. The third and fourth time were a different ho-worker. Thanks to a keylogger on our home computer, I know they have done everything, but actually have penetrating sex and that’s only because they couldn’t find an available bed to do it in. When I caught him the third time (good Lord, now many times do I catch him and yet he still thinks he’ll get away with it??), he claimed to end the affair and we went to marriage counseling for a year.

He is a huge ol cake eater. I think he’d be happy to live this way forever. I’m not. I’m torn up, exhausted, half batshit crazy and the only reason I know the truth is from the keylogger I put on our home computer. I’m just heartbroken that the one person in the world that I have loved for over half my life and trusted with my heart has treated me with such indifference. He’ll say what he thinks I want to hear, then do whatever makes him happy.

I’m getting my ducks in a row, have consulted a lawyer, and now my main question is this — What do I tell our two kids, 10 and 13 years old. Should they know about the cheating, or just that we are seperating?

It hurts so damn bad, but my choices seem to be to accept having an unfaithful husband or divorce. Both choices suck.

Your choices don’t suck as bad as you think they do. Yes, divorce is painful and expensive — but it’s also the gateway to a MUCH BETTER LIFE without this asshole in it. You’ve been living the nightmare already, divorce is just the passage out of the nightmare. Your choice isn’t between one sucky life and another sucky life — (although yes it feels that way some times) — your choice is really between living the crazy, chaotic, pain-filled life or living in peace.

Start thinking of divorce as passage to a safe harbor, and it will be easier to talk your children.

They WILL adapt, and it will be painful for them too at first. You are the adult though and you must set the vision, the big picture that they cannot see yet — I’m doing this because I love you. Because I cannot let you grow up in a home where dysfunction and disrespect are being modeled. Where your mother’s health and sanity are threatened daily. You send them the message always that you love them and you are going to be there for them.

Kids need is one sane parent — you’re it.

As for how much of the cheating to tell them about? At their ages, they may already know or have suspected. My son was 9 when it happened to me, so he got the rated-G version. I told him: when you get married, you promise not to have any boyfriends or girlfriends that aren’t your spouse. You’re each other’s special person, that’s what being faithful is. (Fuckwit) cheated, and lied, and I’m going to be really sad and upset for awhile, but you’ll be okay. I’ll be okay. We’ll figure this out.

Then as much as I could, I assured him that his life wouldn’t change in the day-to-day (although ultimately it did, we moved, but he still was at the same school). Kids don’t see the big picture so well, they worry about who will take care of them — how will this affect me? Will I lose my friends? Will my mom or dad be sad forever?

People disagree with whether or not to tell children about infidelity. My opinion is that it’s not okay to gaslight children, even with the best of intentions. I believe you should tell them in age-appropriate ways, without editorializing (“Mom cheated” not “Mom is a whore.”)

(I have a whole section on this issue in my book, if you want further reading.)

I think it is important that children realize that there are deal breakers in life, monumental fuck ups that lead to consequences like divorce. And that it is okay to have deal breakers and enforce boundaries, even though it is very painful. These are essential life lessons, and if you can do your best to navigate this shit with grace, you are doing your kids a real service.

I believe that knowledge about what happened (not all the gory details, but the basic why) is better than letting them live with the nebulous sense that “people fall out of love.” Like it’s a scary cloud that just descends upon your life willy nilly. No, people DO things that allow themselves to fall out of love with each other (they cheat). And we don’t get to control other people (I cannot not make him cheat) — we only control our reactions (I can divorce).

Chumps have zero obligation to protect the image of the cheater. There is a difference between disparagement and refusing to lie for someone. Cheaters always want chumps to believe what they’ve done is No Big Deal, and why aren’t you over it yet? So it’s always so curious why then that NO ONE MUST KNOW about this little, minimal thing they may have done, that you shouldn’t feel so upset about?

Of course, you should always talk to your lawyer about disclosure. (Disclosure: I am not a lawyer, I am a chump.) It’s unfair, but being accused of alienation is a real thing. Judges want to see that you have the best interests of the kids at heart, and could see the truth as slopping your grief all over them, or an attempt to turn kids against their other parent. Every situation is different, but I would assert the harm that non-disclosure does. Who is the affair partner suddenly in their life? (Or was there before, and they held on to the secret?)

I’d express that you’re trying to balance being honest, while respecting that they have a relationship of their own with the other parent. Anything that presents you as fair-minded and considerate, versus batshit and vengeful. (I know, having to explain is utterly unfair, because you have every right to be out of your mind with grief.)

If you can afford it too, I’d get the kids some counseling too. I think it’s a hard sell from a cheater to a child that oh, they still love their kids. After all, they broke up their home to get side-dish fucks — not very loving stuff. It’s a lot for a child to wrap their mind around. Hell, it’s a lot for us to wrap our minds around.

In the end, they’ll be okay — they’ve got you — a sane, loving parent. Better days ahead. Sail toward that safe harbor.

This column ran in 2013. I’ve updated a bit, and thought it was time, after yesterday’s epic side thread on disclosure. What’s been your experience telling and not telling? Did you have an age-appropriate script you could share?

Previous article: Way to Take Down a Cheater
Next article: When Mother’s Day Sucks